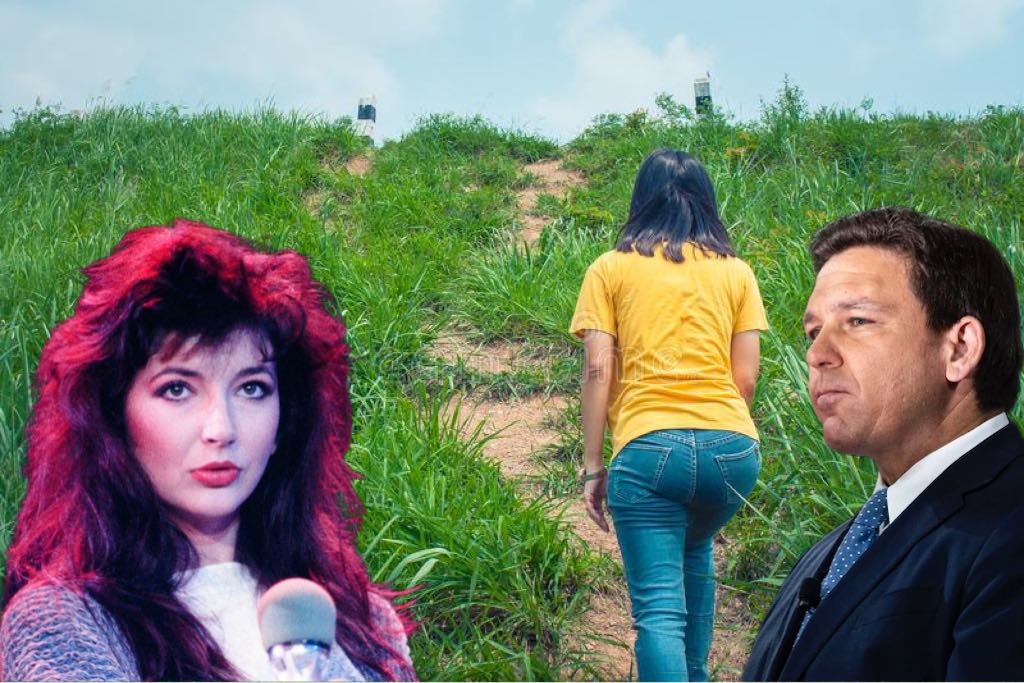 Due to being featured prominently in the popular Netflix series Stranger Things, the Kate Bush Song “Running Up That Hill (A Deal With God),” originally released in 1985, is a chart-topping hit again.

“Yeah, and I’m sick of it,” said Florida Governor Ron DeSantis. “Damn song is everywhere, all the time.”

For that reason, among others, DeSantis is placing restrictions on who can play, listen to or sing it.

“From now on, unless you can actually run up a hill, you have no valid reason to identify with a song about running up a hill. I don’t mean struggle to walk up one, I mean charge up there like Walter Payton, circa mid-1980s, training in the offseason. Also, we basically have no hills in Florida, so again, no reason to have a song about running up them,” he said. “And nobody should be making deals with God, except me. If there’s a deal to be struck with The Almighty, I’ll do it. And I don’t need a Sony Walkman to reach Him. You people stay in your non-running-up-hills lane.”

Jackie Toledo, a Republican member of the Florida House of Representatives from District 60, which covers Town ‘n Country, South Tampa, and a stretch of the coast in Southern Hillsborough County to Ruskin, said it might be considered somewhat unorthodox for the governor to unilaterally enact legislation regarding a popular song, but there is precedent.

“Anyone who has seen Stranger Things knows that demons who live in the Upside Down and prey on people’s past traumas and guilt, cursing their victims, making them relive their trauma in progressively more gruesome ways until violently killing them, hate Kate Bush,” she said. “Plus, it’s Ron DeSantis; we just let him do whatever he wants because that’s what he’s going to do anyway.”