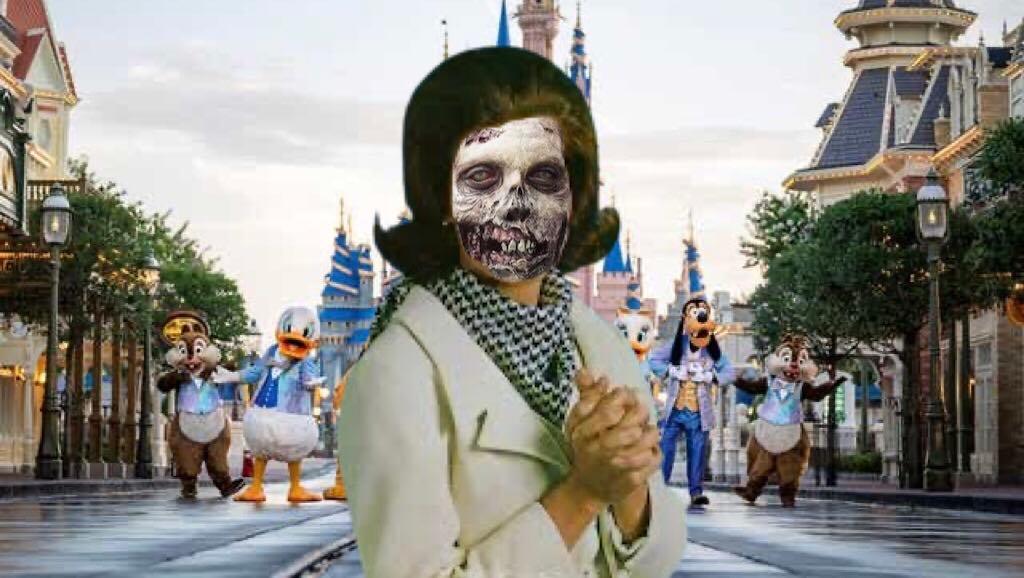 Florida Governor Ron DeSantis is proposing a possible compromise in the ongoing strained relationship between his office and The Walt Disney Company.

“Maybe there’s room for a quid pro quo,” he said. “Maybe if they do something, I’ll do something.”

“And I don’t mean one of your animatronic robots or CGI,” DeSantis said. ”We’re not falling for your skullduggery or bamboozlement this time.”

He continued, “When you put a respected entertainer and morally unimpeachable icon out there as your figurehead like the late, great Anita Bryant, someone who competed in beauty pageants from the time she was in kindergarten, decked out in full adult makeup and hairstyles and skimpy outfits, then I’ll know you’re serious about not sexually grooming children.”

“She even packed 2,000 people into the Orange Bowl for her ‘Rally for Decency’ in 1977,” he said. “Now that’s a star! I’d like to see Freddie Mercury or Bono try to put up numbers like that for some sort of cause.”

“I never imagined a woman could be a hero, but I guess she is to me,” he said, holding back tears. ”Rest In Peace with your soul but let us use your dead body to teach these weirdos who worship a rodent a lesson.”

“Ball’s in your court, Disney. Dig Anita Bryant up, hook her up to some car batteries or whatever you have to do. I want the real thing, Walking Dead style. Imagineer it and make it happen,” he said. “Then maybe… maybe… we’ll sit down and talk about adjusting or repealing this legislation I just signed that won’t cost you a nickel but will probably result in a 20% to 25% increase in property taxes for Orange County and Osceola County residents.”