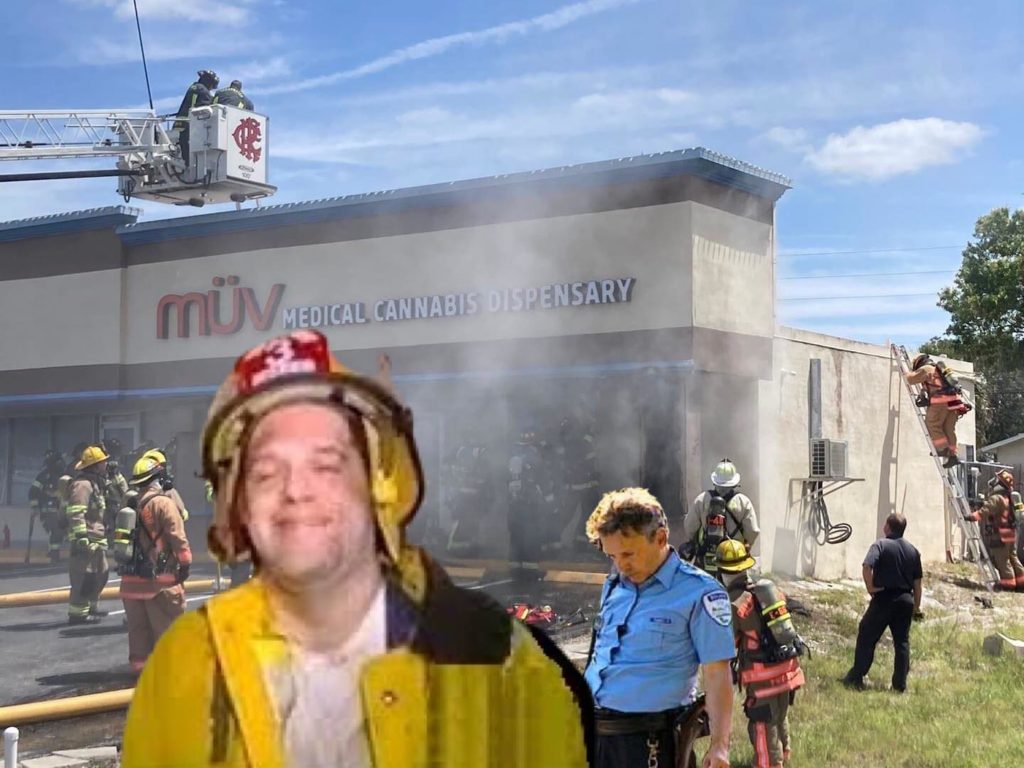 A fire at a medical marijuana dispensary in Clearwater last Thursday resulted in an unprecedented urgent response from local emergency service providers.

A spokesperson said the flames were contained to the outside of the building, with no fire extending into the building itself.

“There was definitely a tremendous amount of smoke billowing out of the building,” said Clearwater firefighter Carl Hott. “But yeah, that turned out to be unrelated to the fire.”

“Uhh, like, what are you guys doing?” said Rita Blaise the dispensary’s manager.

After the incident was completely resolved, all the agencies listed above were closed for the remainder of the day.