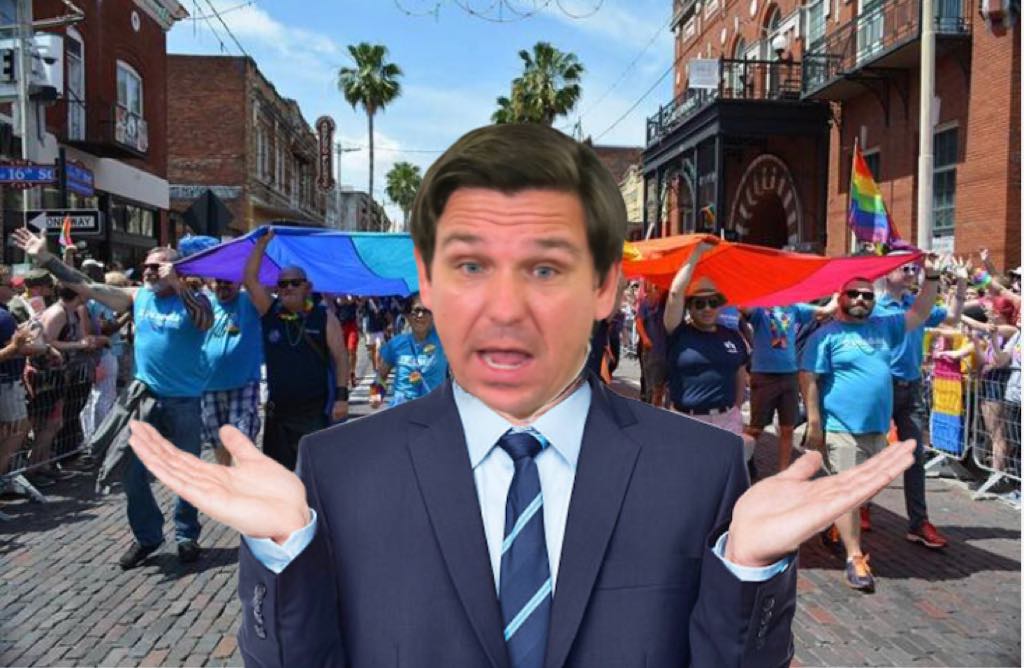 On Tuesday, the first day of Pride Month which celebrates the LGBTQ community, Florida Governor Ron DeSantis signed legislation into law that will ban transgender girls from competing in girls’ and women’s sports.

“Oh shoot, was that yesterday? Darn it, I didn’t even realize that. Aw shucks”, said DeSantis, while rolling his eyes and pantomiming a masturbatory act. “I guess I could have signed this particular legislation any time I wanted to, but yesterday just felt… right. As in ‘Right’.”

“Look, regardless of whatever marginal class of so-called people that I don’t give a shit about that gets offended, we believe in the state of Florida protecting the fairness and integrity of women’s athletics,” said DeSantis. “I can tell you that in Florida, girls are going to play girls’ sports and boys are going to play boys’ sports.”

Several people around the state who seem to legitimately care about that kind of thing immediately experienced intensely painful erections.

“Now if you’ll excuse me, I have to get to my co-ed softball game”, he said, skipping away, listening to a Cher CD and engaging in several other stereotypical activities associated with gay people.