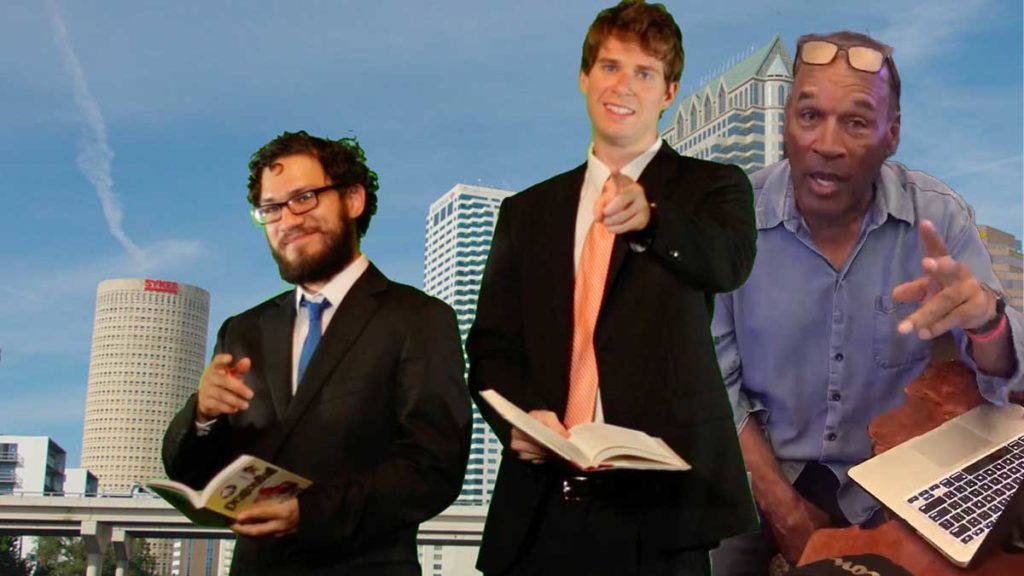 The sale comes after Tampa News Force posted a story about the Disney+ launch that Disney disagreed with.

“We made it clear to promote our brand in a family friendly way, but the organization the other day, posted a story that was just a series of curse words with the question of, ‘who’s ready for Disney+?’ That’s not the kind of promotion we want, so it became clear that it would be a smarter business decision on our part to sell the company to OJ Simpson.” Said the Disney spokesperson through email.

Simpson, who recently moved to Florida after being released from prison, decided to buy the company, after reading one of it’s articles, specifically one about a strip club opening a dog park.

“That article made me laugh until my cheeks turned blue.” Simpson said.

“I know I had to get involved with these guys, so when I saw that Disney was their current owner I thought, ‘wow! These guys must be good!’ And I was right, I think! We’ll find out I guess.” Simpson then shrugged and went back to watching Jerry Springer highlights on DVD.

The change in ownership of the company is expected to have no effect on the content or the direction of its future.

“Yea, I guess it’s cool that OJ bought us, but does it really matter? I don’t think so. My check is still small, and so are other things on my body.” Said senior correspondent for TNF,  Janice Yelkson.

“I actually think that I want to marry OJ Simpson!” Yelkson continued.

“He’s a man of bold moves, and I like this style. Also, I’ve never heard of him before and know nothing about him. I don’t think that matters though. The heart wants what it wants!” Yelkson exclaimed.

We tried to follow up with Yelkson on her endeavors but nobody has heard from her.