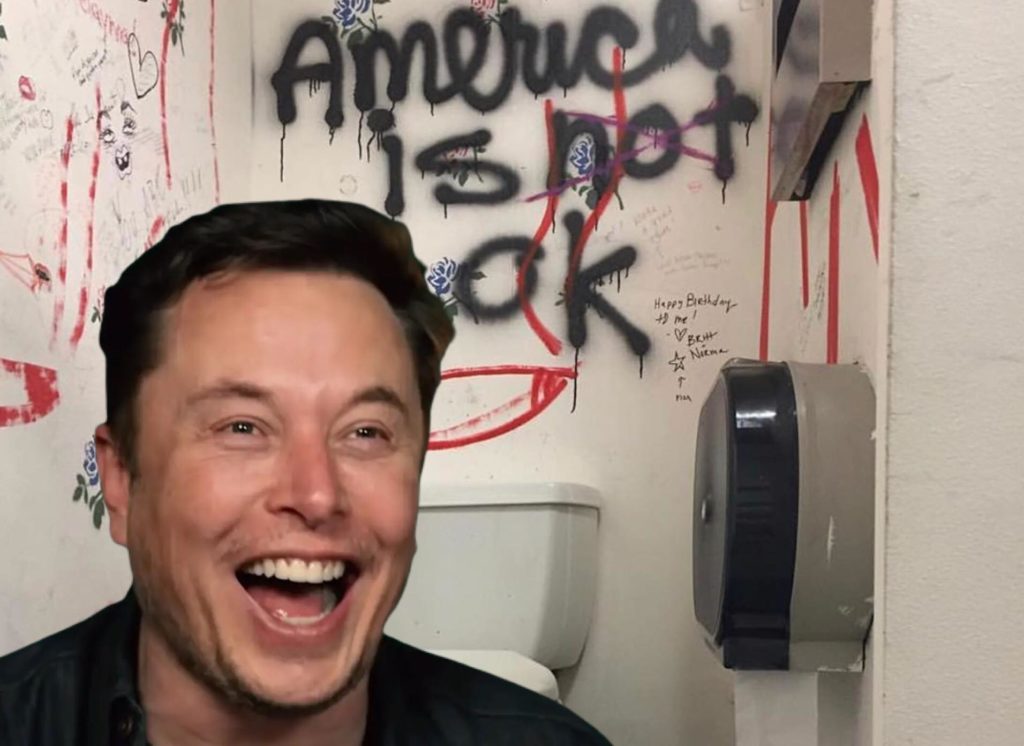 Notable tech giant Elon Musk has been seen in the Ybor City area attempting to purchase toilets in order to create a physical space for Twitter.

“It just makes sense to me you know?” he said in a recent interview on the popular Joe Rogan podcast. “Twitter needs to be more than just a digital space. I want to take the meta-verse into the physical verse and have it be the inverse of the worst and in order to do that, I need spaces that remind people of the platform they’re using, y’know?” he said while taking a puff off a giant blunt.

“I had been looking for a space where I could replicate a kind of closed minded tolerance. Somewhere that allows for freedom of expression but also has a weird number of bigots, perverts and bullies. Somewhere that has the ability to be both open and loving but will try to cancel you in a heartbeat. I got the idea when I was visiting that castle looking club; it just struck me as a perfect spot to represent that.”

Notably Elon Musk has been seen visiting several other major spots on the Ybor City strip such as “The Boneyard” “The Honey Pot” and a number of bathrooms in Ybors noted “Gaybor” district.

“He offered me 44 billion dollars for a toilet and it’s kind of hard to turn that amount of money down you know?” said one owner who wished to remain anonymous.

“When I asked him why he was trying to buy my toilet, he just told me to shut up and long as it keeps on distracting people from what was actually going on, why did it matter?” the owner said.

As of the time of this writing a number of Clubs have begun preparations in an attempt to attract Mr. Musk, including the addition of more shitty race oriented graffiti, Onlyfans promotions and a disturbing number of furry drawings, We will update this story as it progresses.