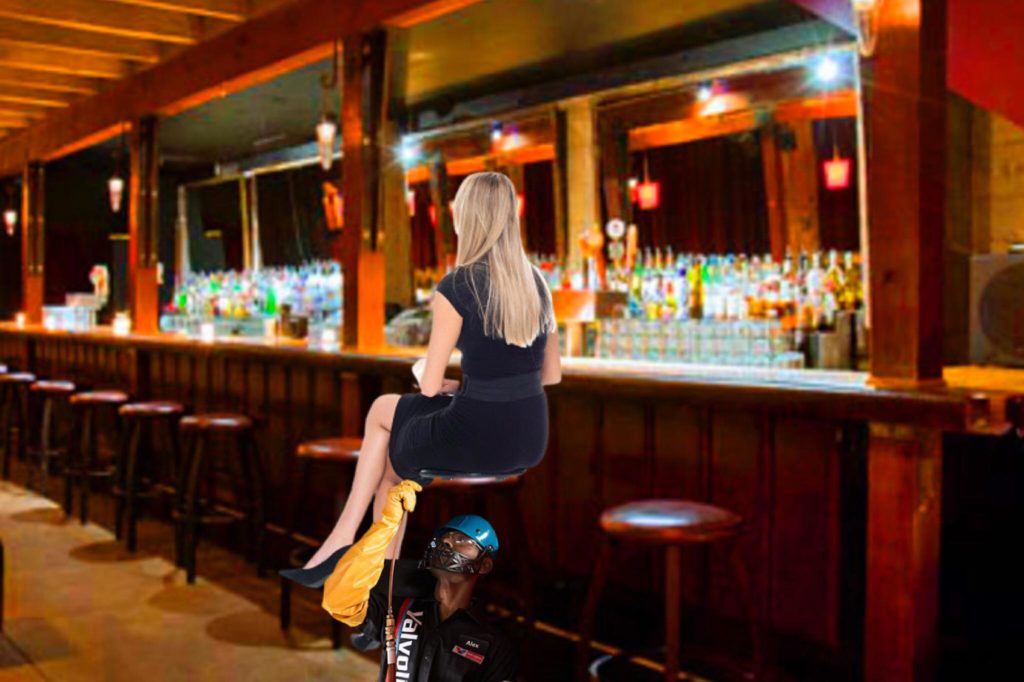 A new establishment in South Seminole Heights named “Suckers” has opened, touting its option for woman to receive an abortion while they have a drink at the bar.

“The ladies sit right at the counter, and while they enjoy one of our fresh squeezed alcoholic daiquiris, below the counter we have certified medical professionals sucking premature fetuses out of their uteruses.” Said Tess Tosterone, owner of the new bar and grill.

“It’s completely legal, and we have privacy shades come down between the woman’s legs while the procedure takes place, so it won’t disturb anyone else’s activity.” Tosterone joyfully explained.

“I mean with the new Supreme Court thing going on we figured we would capitalize on a hot issue and offer a service that women might need, especially during a time like this.” Tosterone stated matter-of-factly.

“We were the first group to open a vaccine salon in Seattle, and a kombucha rodeo in Austin, so we’re known for our cutting-edge ideas, staying ahead of the curve, and even creating the curve.” Tosterone said proudly, folding her arms and tipping her cowboy hat.

“Seminole Heights has been called ‘the other Brooklyn of Tampa, behind St. Pete’ so we figured this would be the perfect place to test our new concept, and so far the response has been uproarious!”

The titled “abortion bar” has been open for two weeks now and there’s been a waitlist every single night to get in.

“We have people lining up for hours to get an abortion and try our favorite, ‘te-kill-a Mary’ which is a Bloody Mary with tequila with a few strands of seaweed in it, which vaguely looks like a sucked out fetus, and it’s just been a total blast for people to enjoy, with people tagging us in countless Instagram pictures hash tagging, #igotsuckedatsuckers. Our Truth Social page already has 80,000 followers and our FaceBook page is at 7 million! I’d say this is a total success, and we plan on franchising the business around the country.” Smiled Tosterone, turning to head back behind the bar.