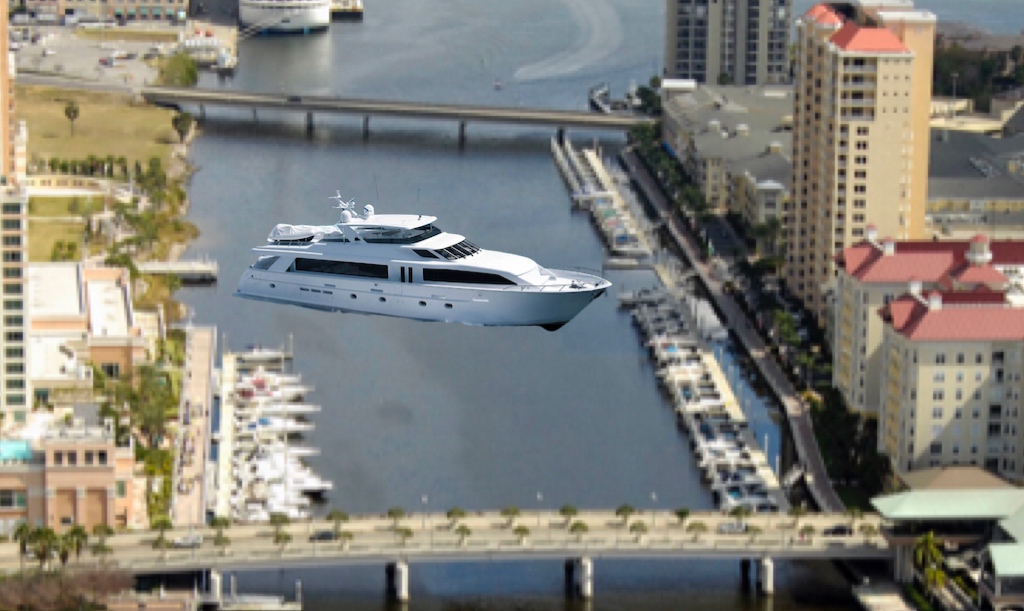 Marine traffic through the Garrison Channel was blocked this past weekend, with dozens of boats stuck at both the east and west entrances to the waterway separating the Channelside district of downtown Tampa from Harbor Island due to the massive yacht ‘Infinite Leisure’ getting stuck last Friday afternoon.

“How did that thing even get in there? How??”, demanded Tampa Mayor Jane Castor. “It shouldn’t have gotten past either of the two bridges!”

“I don’t really know,” admitted the yacht’s owner and captain Naffy Coudmound. “It wasn’t easy, I can tell you that much.”

Efforts to dislodge the ship and generate hilarious memes by dredging the channel relied on the use of some of the smallest excavating machinery to be found in the Tampa Bay Area, including a Terramite T5C Compact Backhoe Loader owned by Bob Kibble of Riverview. “I wish I could do less but this is the smallest thing I own”, he said.

The work had been set to take place around the clock, until Harbor Island residents complained about “all the goddamn racket”. The city responded by restricting the activity to weekdays between the hours of 1 and 3:30 pm.

Meanwhile, the same residents were complaining about the negative impact the situation was having on their pleasure boating, which has been hampered by at least 12% according to experts. “This sucks! Why don’t these fat cats ever look out for the little guys like me?”, exclaimed Randall Swishersweet, captain of a tiny-by-comparison 100′ 1996 Burger Classic Motoryacht, who lives in the Garrison Condominiums. “Instead of just cutting through to get to the Hillsborough River or Old Tampa Bay, now I have to navigate the Ybor Turning Basin, through Sparkman Channel, around Grifter’s Point and up Seddon Channel. It takes almost 25 more minutes to go that way and it smells bad!”

“Ugh! Where am I supposed to paddleboard now?”, cried Mildred Crotchrotter. “This is unacceptable! Any time this kind of thing happens, which is not that often, nobody thinks of us, the mildly-inconvenienced.”

“I’ll bet no one has considered the massive economic impact of Lightning forward Alex Killorn not being able to ride his jet ski where and whenever he wants will have”, said Ted Spritzwell of Post Harbour Place.

“Sure, I can still see from my fourth-floor balcony”, said Spritzwell’s neighbor Patricia Kate. “But not as good. And why should anyone be expected to tolerate that? And by ‘anyone’, I just mean ‘me’.”