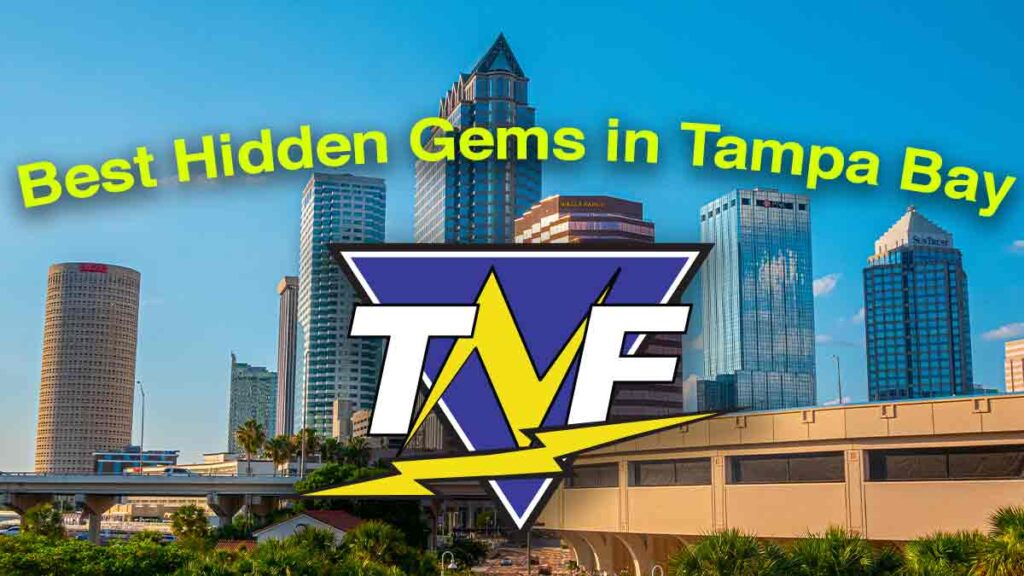 Sprawling over 400 square miles, the Tampa Bay Area is home to a massive trove of undiscovered potential. So today we are counting down the top hidden gems that make this area one of the best places to live in the world.

Emerald’s Bar in Downtown St. Pete is a wonderful little dive bar where patrons can smoke cigarettes and drink cheap beer. Underneath this nightlife staple is a hidden cache of emeralds that the bar owners use to continue operations. Once the bar is cleared out and locked up for the night, the bartenders grab a pickaxe while heading to the basement where they are required to fill up a bucket with gemstones to leave for a pick-up crew in the morning. This process of chipping away at the seemingly unlimited cave of emeralds takes a few hours on top of the rigorous bar schedule. To conserve their energy, bartenders will allow some willing patrons to excavate for them so that they can get out early. These lucky patrons are usually rewarded with a few gemstones of their own.

Behind the Jade Garden Chinese Restaurant on Hillsborough Avenues Hillsboro Plaza, sits a massive deposit of jadeite that is just waiting to be discovered and exploited. While commonly found in green, treasure hunters in Tampa tend to enjoy hoarding white and yellow jade gemstones for their mythic and spiritual properties.

The Pearl Salon in Downtown Tampa was opened after its founder discovered a secret oyster community living at the bottom of the Hillsborough River. While celebrating her friend’s birthday on a tiki pedal boat bar, Sandra Mulgato laughed so hard she fell backwards and nearly drowned right by Ricks on the River. Crews could not find her body for weeks, but she later emerged from the Hillsborough River near Curtis Hixon park, covered in pearls. Mulgato says she was rescued by a swarm of oysters that brought her to their underwater city. She spent those weeks learning the local oyster language and integrating herself within the community. In that time, she had fallen in love with the King Oysters son, Prince Shell. At first their love was forbidden by magical monarchy, but after it was discovered Prince Shell was using Mulgato to frame the king and take control of the kingdom, Mulgato turned on Prince Shell and won the love of the oyster community. She then returned to open a nail salon in Tampa. Mulgato is usually seen sporting fashionable pearl-based clothing and accessories, from simple necklaces to full on dresses and shoes. After some nights out in the town with her friends, some skateboard kids and wandering drug addicts have reported finding loose pearls on the streets of Downtown Tampa.

The Sapphire room in Downtown Tampa’s Floridan Palace Hotel is a great place for wealthy businessman to meet ladies of the night, but it’s also a great place for treasure hunters seeking to collect a couple of sapphires from the pay-to-dig underwater quarry.

This family run operation is home to the most gold and diamonds in Tampa. I have reached out to them many times for a couple of diamonds and some gold but they wont give it to me for free.