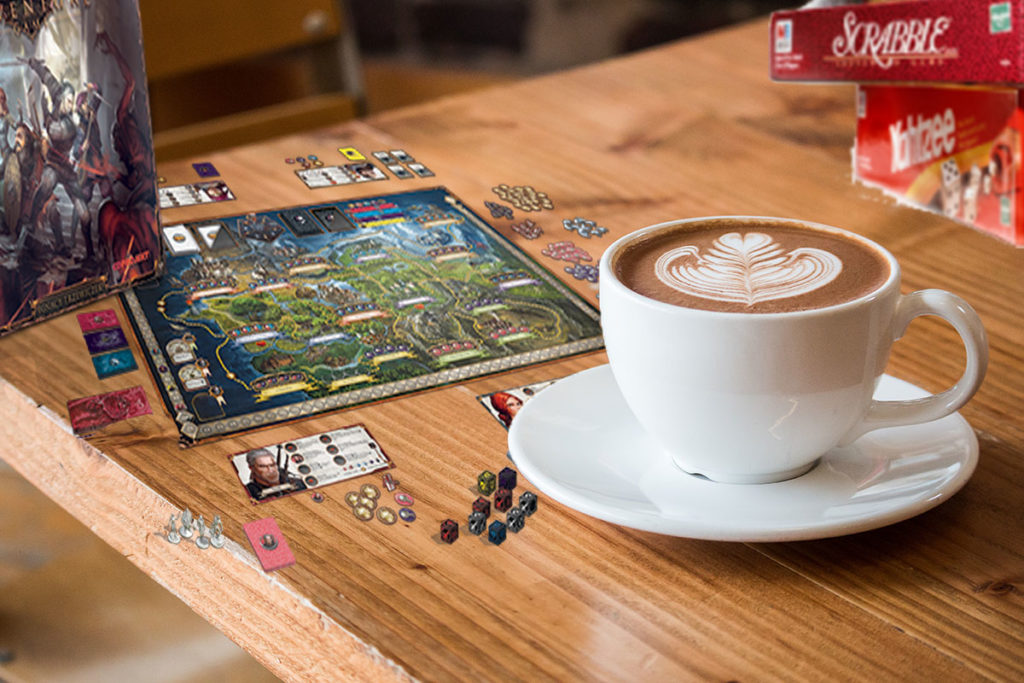 ‘Dark & Brewed-ing’ a struggling coffee shop in Temple Terrace is a recent beneficiary of an extreme makeover from a reality TV show.

“The coffee shop biz is super-competitive and we just weren’t making it,” says owner Jan Yutzberg. “We have a variety of exotic coffee blends, wine and craft beers, free WiFi, a comfy atmosphere and poetry slams on Wednesday nights. Still, something was missing and we were failing.”

After some research, Yutzberg contacted Khan Ka’Chan, known as The Barista Whisperer on the YouTube show of the same name.

“Khan has a reputation for turning coffee shops around. We figured if anyone could save us, it would be him.” Yutzberg says the experience was not what she expected. “If you’ve seen a show like that, you know the routine; I figured he’d show up, observe us in action, critique us mercilessly then make us close for a day while a team of experts would basically build us a brand new shop.”

Instead, she says Ka’Chan just dropped off an assortment of old board games. “I don’t think he even turned off his car. He just popped in, looked around, went back out, came back with some old boxes, said ‘here’ and took off.”

“What are they mad about?,” says Ka’Chan. “The place already has a variety of exotic coffee blends, wine and craft beers, free WiFi, a comfy atmosphere and poetry slams on Wednesday nights. The only things they were missing is a chess board, Scrabble, a backgammon set and Connect Four with some pieces missing.”

Yutzberg is disappointed. “I guess I can’t complain but it just feels like he didn’t actually do anything. I mean, we put those games on the bookshelf when he dropped them off and nobody’s even touched them since. Whatever.”

“I don’t come here for board games,” says customer and local poet Jared Moines dismissively. “But knowing I can get really annoyed if someone were to start a game of Boggle during my set is important to me. Sighing loudly and rolling my eyes are two things I’m very good at.”

Yutzberg reports sales are up over 85% since the makeover.