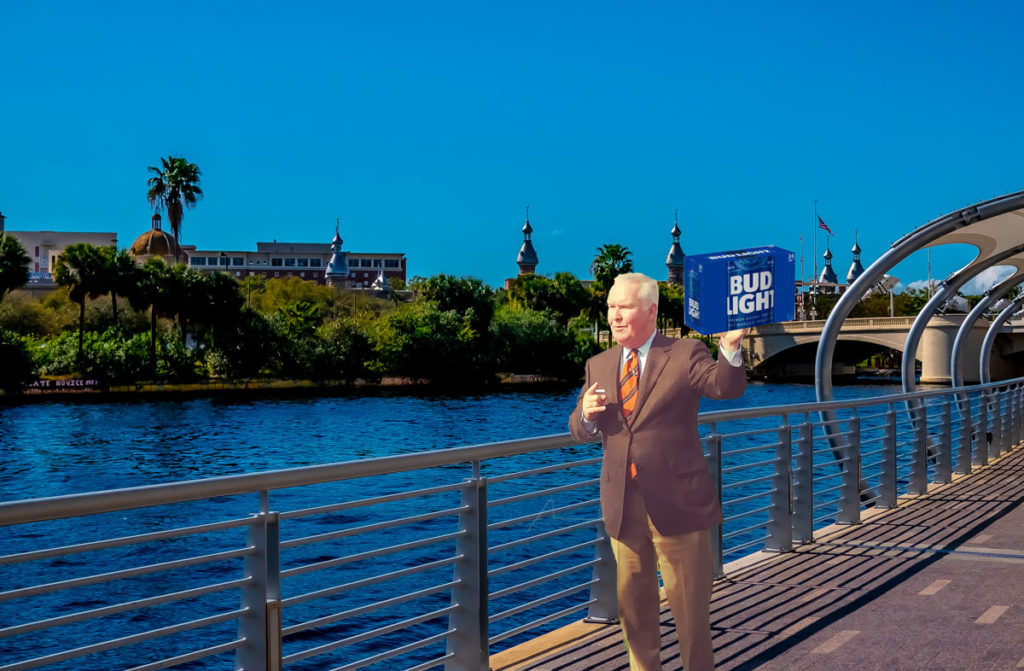 “If enough people, dump enough alcohol into the river, it will be drinkable, as the alcohol will sanitize the river of all impurities,” says local government biological scientist Kevin Hart.

“We’re talking a few million cubic gallons of liquid that flow in and out of the river every day,” Kevin adjusts his glasses, “So if each citizen hypothetically dumps a 12-pack of Busch light into the river twice this week, the river may be drinkable by Sunday.”  Kevin stands on his tip toes, “Not to say that you can’t pour liquor in there! This isn’t brand specific, any alcohol, literally rubbing alcohol, if diluted enough, is drinkable, and with the natural genomes and biomes of the aquatic wildlife living in the river, I’m pretty sure it’s going to come out to a nice Crafty-beer kind of taste. A pilsner maybe!” He seems unsure of that last statement, but I don’t know enough about beer to correct him.

“This river I go to the bathroom in!” Says Skeeter Cleeter-McDiggins, local swamp family resident down by the Hillsborough River Bayou. “These cameras from Discovery, they been filming my family live for years down here.” There’s a 5-man team of camera and audio engineers following Skeeter. “I live solely off whatever the hell flows down this river, gators, Popeyes leftovers, but yea I shit and piss into this water, and if you’re telling me that I’m supposed to drink the alcohol water that I also use to go to the toilet in, you’re crazy!” The boom guy gets silently scolded for letting the microphone briefly appear in the shot.

Whereas most cities will do things like dye their river green in honor of St. Patricks day, Tampa took this approach as a part of it’s new “social-media positive” campaign.

“As you’ve read earlier on TampaNewsForce.com, we’ve been implementing a program to incentive positive media posts regarding Tampa. What better publicity stung than turning the river into drinkable alcohol? Even if people don’t like it, they need to post positively about it if they want to win any prizes!” Says some guy who’s name doesn’t matter.

The dumping of alcohol is a tax write-off, and citizens who dump at least 84 ounces of alcohol into the river will get five hours of community service served, that can be applied to any current sentence.

If you mention the government “urge” to any Brandon alcohol store, you will get 15 % off your total purchase as long as you sign a written affidavit swearing to dump the alcohol into the river.

Citizens are being warned to “test the water” not just metaphorically, and actually drink a little bit of the water first before deciding how many hand-fulls are enough.

← Hillsborough River to be dyed green from trash in honor of St. Patrick’s dayExtreme Coffee Shop Makeover Consists of Board Games →