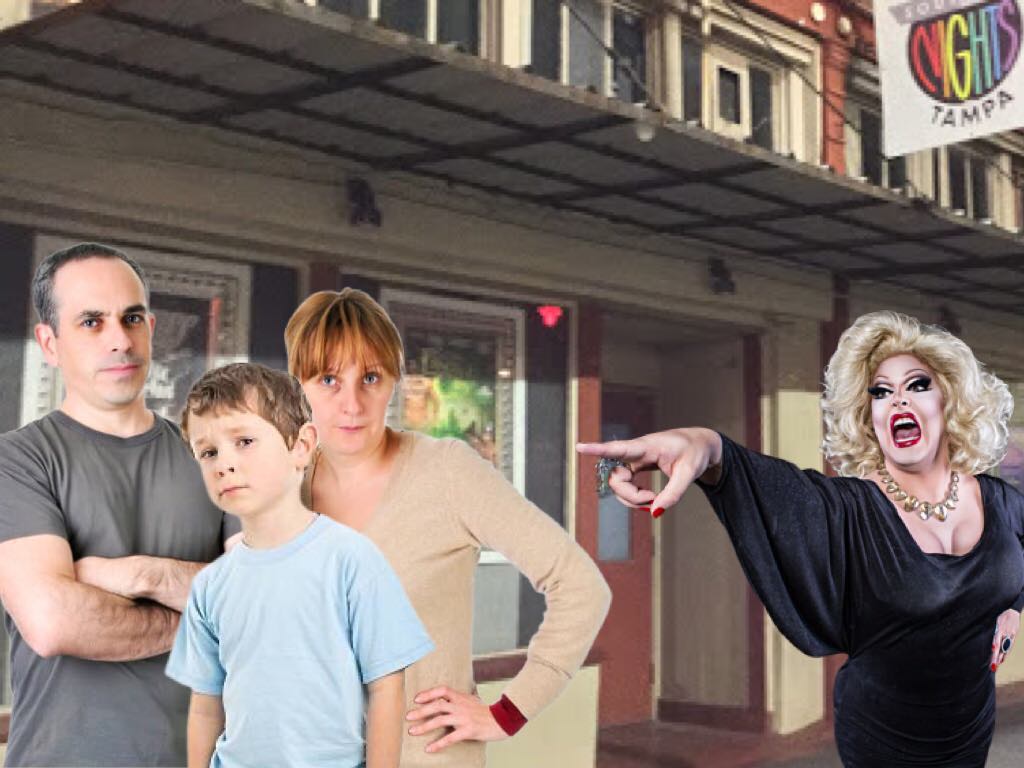 A family from Brandon is very upset that they’re not being allowed to attend the raunchiest, late night drag shows in the Tampa Bay Area.

“This has got to be a violation of our rights or something,” said Mike Turd, the family’s patriarch. “Yes, that’s correct; our last name is Turd, which is totally a legitimate surname and proof that we’re real people just like millions of other people in America who want more than anything to take their young children to highly sexualized drag shows.”

Florida Representative Anthony Sabatini has stated that he wants to make it a felony offense and would seek to “terminate the parental rights of any adult who brings a child to these perverted sex shows” and the fact that it also helps portray all gay people as dangerous, depraved, less-than-human sex fiends is just a “bonus”.

“That’s got to be the most un-American thing I have heard of in my life,” said Mike’s not-made-up wife Jennifer Turd. “What kind of real-life person and parent of actual children would I be if I didn’t want to take them to as many perverted sex shows as possible?”

Somehow, amazingly, the Turd family, who are real people that represent the common interests of other real human beings, have only found the perverted drag sex shows that won’t let them in, which is all of them.

“Well, it’s not a sex show per se and I certainly wouldn’t say it’s perverted but the tone is kind of raunchy and it’s intended to be enjoyed by consenting adults. Plus, this is a bar, so…” said Rudy Poot, a bartender at Southern Nights in Ybor, an establishment that presents drag shows weekly and one that turned the Turd family away at the door because of common sense and basic human decency plus laws that already exist.

“That’s what we want! The perverted deviant sex stuff, because we’re real people with small children who we want to expose to that,” said real-life parents Mike and Jennifer Turd in unison. “Because this is a legitimate threat and not something made up by politicians to scare people and take the focus off of fake things like mass shootings that they don’t want to address for $ome $trange my$teriou$ rea$on!”