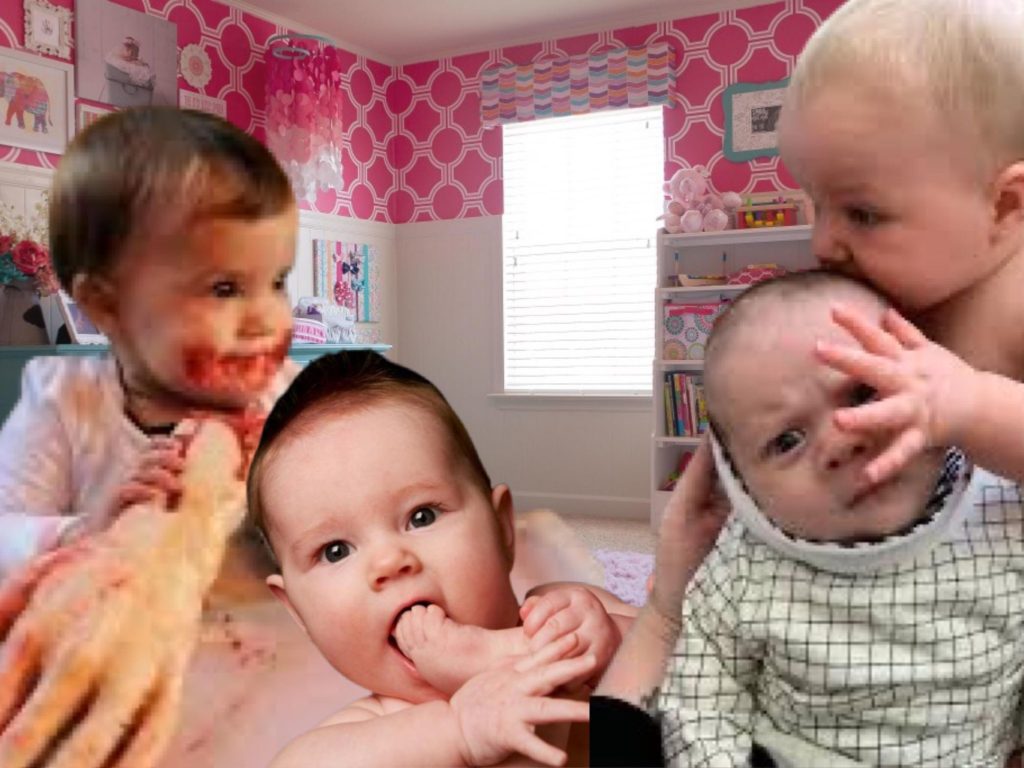 As the nationwide shortage of baby formula continues to be a crisis, babies in the Tampa Bay Area are taking things into their own hands and mouths.

8-month-old Joshua Butterpenny of Tampa recently said, “Goo goo ga ga. Gleep (fart),” which translates in Adult-with-fully-formed-brain English to “We’re hungry and if you’re not going to take care of us, we have no choice but to take care of ourselves.”

“We haven’t been able to find formula anywhere so I’ve been trying really hard to breastfeed Joshua, but it’s very difficult for me,” said his mother Valerie. “I knew there was a serious problem when the little asshole actually took a bite out of one of my tits.”

“That is absolutely NOT going to fly!”

6-month-old Brianna Fannypowder of Dunedin said “Goo goo ga ga. Gleep (fart)”, which can be taken as, “I tried to eat the family dog and cat before I resorted to eating human flesh, but they both move too fast. It’s hard out here for infants.”

“It’s a sad and horrifying statement on the state of humanity, when we learn to what depths we will stoop and to what lengths we will reach in order just to survive,” said 6-month-old Tyler Hazelhorne of New Port Richey as he gnawed on his own foot. “But as Yann Martel wrote in Life of Pi, ‘All living things contain a measure of madness that moves them in strange, sometimes inexplicable ways. This madness can be saving; it is part and parcel of the ability to adapt. Without it, no species would survive.’ Ultimately, the truth we’re all afraid to acknowledge is that we are all somewhat softer personifications of the monsters we can become with but a minimum of provocation,” which sounded an awful lot like “Goo goo ga ga. Gleep (fart).”