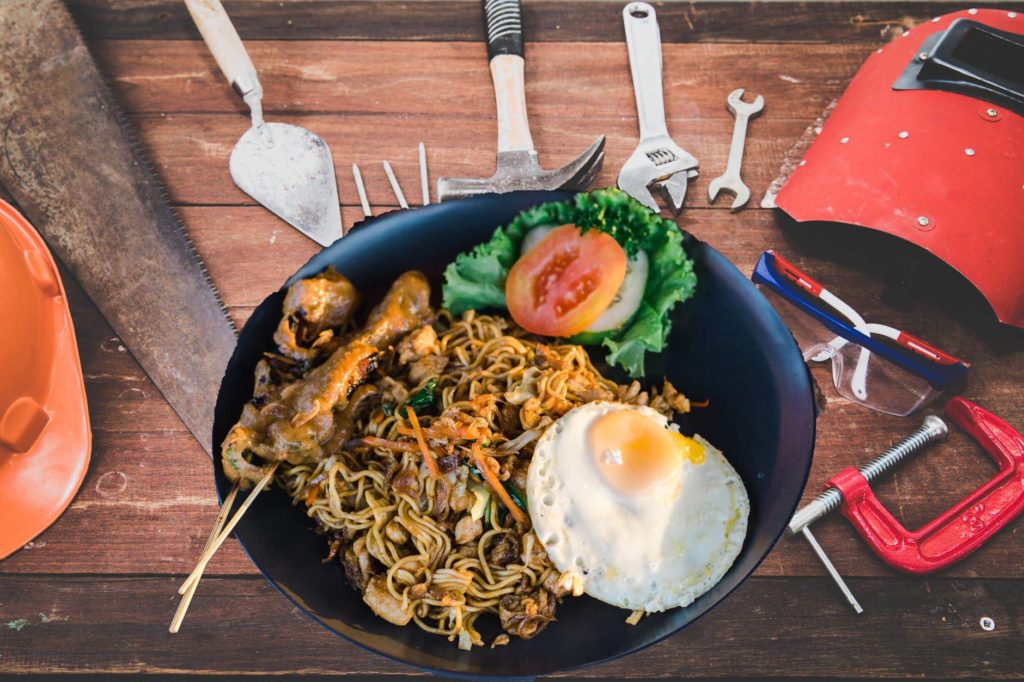 One of South Tampa’s most elegant eateries has re-branded as a hardware store in order to be considered an “essential business” and stay open during the pandemic.

Frederic Zintz, manager of the Moulin Bouge Gastro Lounge and Snobeteria on South Howard Avenue, says, “When the order first came down a couple of weeks ago that restaurants could continue to serve food via carry-out or delivery, I informed a city representative that the food at Moulin Bouge simply can’t be carried around in a plastic bag and eaten from a Styrofoam container like the lukewarm diarrhea served by most restaurants. Our chefs would rather die than prepare it that way and our discerning patrons won’t eat it that way.  That’s fine for trash like the Village Inn or Hungry Howie’s or Bern’s Steakhouse, but for Moulin Bouge, it simply won’t do. And the reply I received was, ‘guess that means you’re closed then’. Charming.”

To get around the edict, the restaurant has purchased some home improvement equipment in bulk from Amazon and is re-selling it at a considerable mark-up, but Zintz claims there’s added value. “For one example, we offer hammers for $67.95, but they come with a ‘complimentary’ serving of our famous Coq au Vin,” he said with an inappropriately unsubtle wink.

The former restaurant/new hardware store offers a number of extremely expensive items, all of which come with complimentary menu selections.

Ross Withers of Clermont has already bought three hammers from Moulin Bouge. “I really don’t need extra hammers and the price is ridiculous”, he says. “I just like that chicken with fancy sauce a whole lot. I sure wish they had biscuits for to sop it up with, though. Maybe they don’t know how to make ‘em.” A chef in the kitchen/tool crib overheard the comment and grabbed what he thought was a butcher’s knife, intent on murdering Mr. Weathers, but he’d picked up a 6″ adjustable wrench ($76.95, comes with a serving of Sous Vide Venison) by mistake.

“Yes, Mr. Withers has become one of our new regular customers during this extended hell-on-earth”, Zintz says. “Now if you’ll excuse me, I have to go cut some 2 x 4’s for him and prepare his Caramel Coffee Crème Brûlée.”