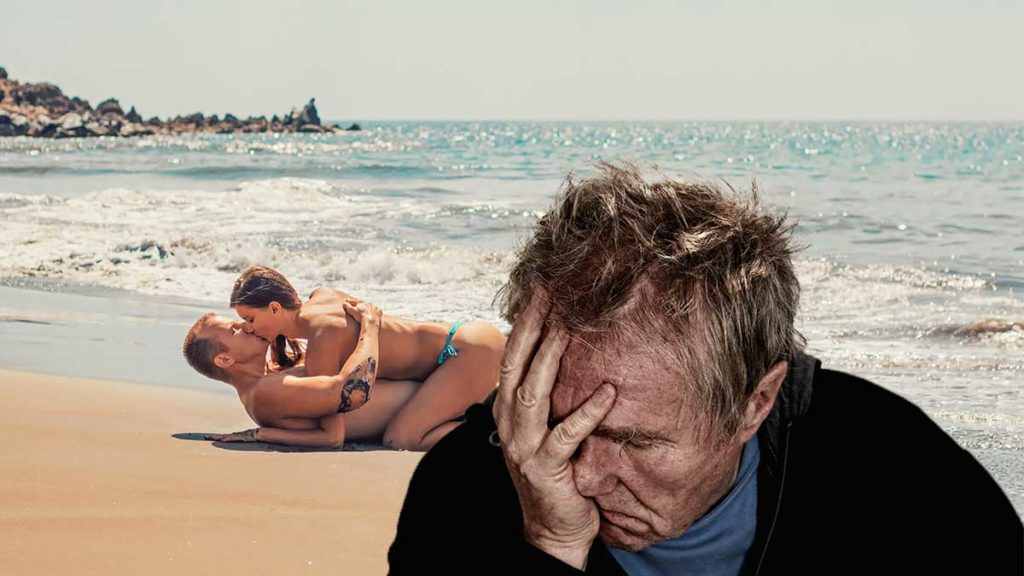 In response to numerous reports of people contracting flesh-eating bacteria at beaches along Florida’s west coast and how those reports could negatively impact the tourist industry, the state’s convention and visitors bureau is adding “fun” flavors to the Gulf of Mexico’s water.

“Coming into contact with Necrotizing Fasciitis can be a real bummer, but it doesn’t have to be!” Says CVB spokeswoman Cheryl Digfurt. “We say, ‘Sun’s out, bones out’! And now with our fun flavors, the beach party never has to stop! Woop woop!” Digfurt detailed how helicopters have been strafing the coast late at night, dumping hundreds of barrels of toxic chemicals into the surf. “Candy crystals”, she corrected me. “These yum yums were generously donated from a phosphate mine in Hardee County. Now we can offer increasing pain in the general area of a minor cut, abrasion, or other skin opening, redness and warmth around the wound, flu-like symptoms such as diarrhea, nausea, fever, dizziness, weakness, and general malaise and an intense thirst due to dehydration in Leprosy Lemon, Streptococcus Strawberry. MRSA Mango and everyone’s favorite, Grape!”

She also went on to say that CVB scientists are working on a mutated strain of the bacteria that eats away a portion of a person’s skin in the shape of the instantly recognizable icon of a Mickey Mouse head. “We have the technology, it’s just a matter of ironing out some of the trademark details. But what’s a better souvenir from a fantastic vacation than a tattoo? This will be better than a tattoo! ‘Hey guess where I spent my vacation?’ ‘Florida’s Gulf Beaches!’ Yay!”

Right now, Ms. Digfurt said the organization’s efforts are on spreading the news about the flavored salt water that still probably tastes mostly like salt and that you’re not supposed to drink anyway. “Try ‘em all! I mean, obviously don’t go out to purposely expose yourself to flesh-eating bacteria. But if you do, don’t bitch to the media or your neighbors up north about it. Yeah, Florida!”