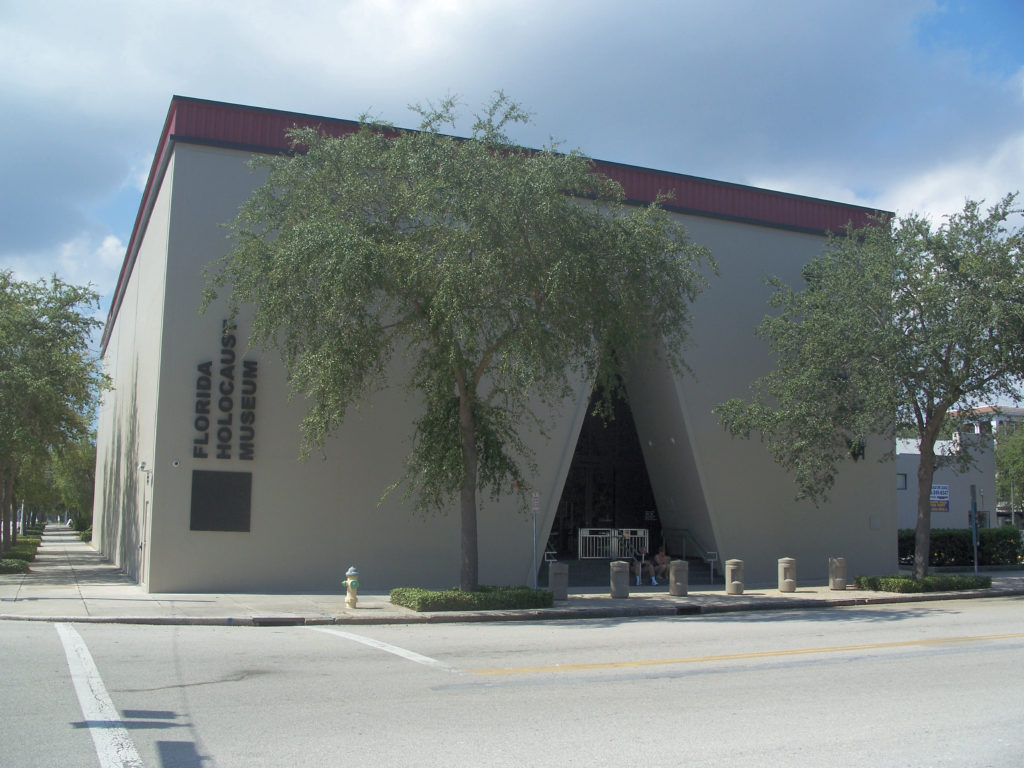 The Florida Holocaust Museum has been a cultural institution and landmark in downtown St. Petersburg since 1992. The museum features art by survivors, train cars used to transport prisoners to concentration camps, and an extensive gift shop. But according to Dale Dykstra, a regular patron of the museum, there’s just one thing it’s missing.

“Look, if MacDonald’s [sic] can count how many burgers they sold, why come this place can’t count how many people they had inside of it?” asked Dykstra. “I love this place. I come two or three times a week, easy. Can’t get enough of it.”

Dykstra produced the receipts from his Miller High Life fanny pack to prove his attendance. Hundreds of crumpled receipts were nestled among loose cigarettes and losing lotto scratch off tickets.

Dykstra shook his head at the lotto losses and said, “Man, I got two cherries on a $50 ticket, and then, bam! A Goddang mango! What’s that about?!? Nothing sadder than that.”

Shockingly, Dykstra’s proposal has garnered support among other visitors. One of his strongest allies is Georgina Kowalski, a single mother of three who regularly takes her children to remind them that they “ain’t got it so bad”. She has frequented the museum since it opened, and, although her kids are now adults, she still brings them along whenever they’re in town.

“I’ve been here loads of times. It’s a great reminder of how bad things can go when a no-good, scumbag of a man thinks he’s too good to be with his cousin. And, instead, he ruins everything he touches, and just runs right off with this flighty blonde!” Kowalski screamed, then, after she regained her composure, continued, “Except, you know, they don’t all kill themselves, do they? Sometimes, sometimes the Hitlers of the world just become the 3rd most reputable carpet wholesalers in Snohomish.”

Without the numbers being made publicly available, there are people who are skeptical of Kowalski’s estimates.

“Six million? Since ‘92?” asked Friedrich Mueller, owner of local restaurant ‘Just for Schitz’. “Seems high. I don’t think even my place does those numbers. And our ovens run all day, for the danish alone. Honestly, the only reason I even went to the place was that it’s called ‘FHM’. I thought it was the headquarters for the magazine with the bikini girls on it.”

When asked for their comment, a representative of the museum who would only speak on condition of anonymity said, “This suggestion is absurd. And I hope everyone involved feels ashamed of themselves for making a mockery of a tragedy.”