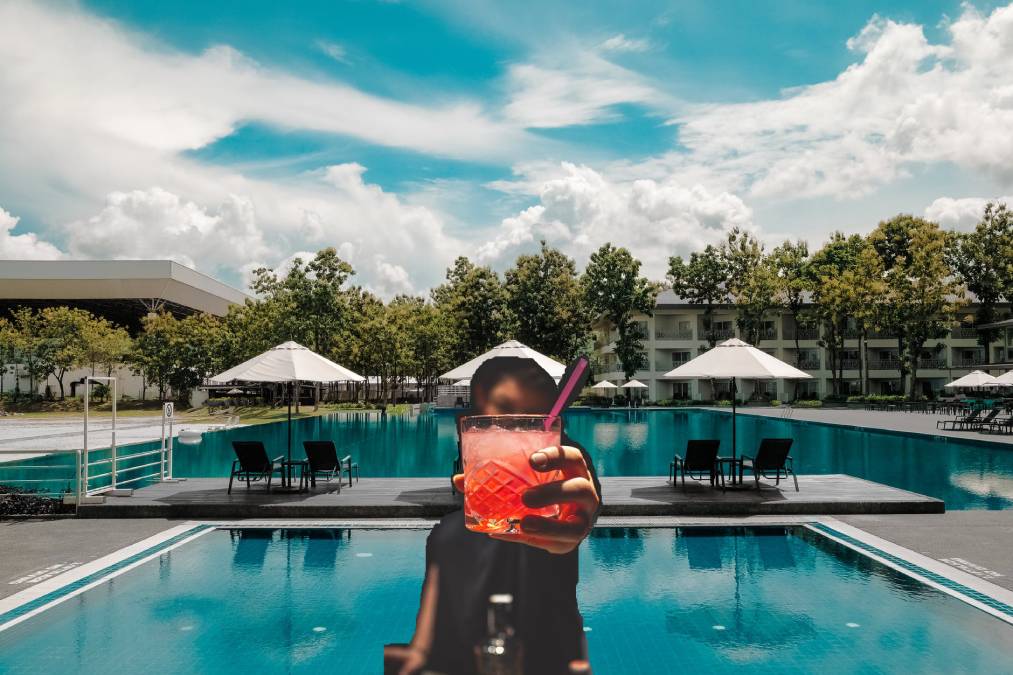 A new swim up bar located centrally on Riverwalk will feature the first literal wet bar in the area, allowing patrons to swim directly up to the bar and served drinks. “Tito’s Wet Fun” will be open the first weekend in March, and will feature memorabilia from Tito Sanchez, a Tampanian war general who grew up two blocks from the bar’s location. He was famously known for his speech in the Gulf Coast war of 1812 when he said, “You can take away my hope, but you can’t change what’s in my heart.”

The bar will feature theme drinks and cocktails based on the war generals’ history and his accomplishments in combat. Some locals are not happy with the concept, however they also don’t want to jeopardize their chances of getting a wet bar.

“If we get the swim up bar my property value goes up and I would definitely use the wet bar especially on Tinder dates so I can see the chicks’ whole body on the first date, but based on the 5 minutes of internet research I did, this Tito guy sounds a little shady, my dude. He partook in some shockingly dubious behavior, and I honestly don’t really feel right supporting that kind of person. Despite the glamorous sounding drink titles, like the ‘General Tito’s Two Times the Alcohol Rum Runner Explosion.’” Said Brevido Towson, local resident of the downtown high-rise housing complex Evian.

The swim up bar is expected to be a major tourist attraction especially in the summer months, giving families the opportunity to cool off while indulging in alcohol consumption.

“Is it safe to swim in the Hillsborough river? I’m not sure.” Said water analyst Deteesha Lincoln.

“My roommate pulled a bike out of that river once, spray painted it, sanded it, it came out really nice. I know the dye the river green on St Patricks Day, I do know that.” Lincoln laughed.

“I don’t think there will be any issues with this business at all.” Lincoln said confidently before backflipping off a two-story balcony, landing on her heels, but somehow not hurting herself at all. She was completely fine.

Tito’s grand opening will feature a concert portion of the night starring Enrique Sanchez, nephew of general Sanchez. So far a petition signed by 50,000 people is currently circulating to cancel the bar before it even opens, due to the war crimes committed by Sanchez. The remaining Sanchez family members are not worried about the petition or the stigma behind their great grandfathers’ name and believe the bar will be, “just fine” and that all opposers will be “dealt with”.*