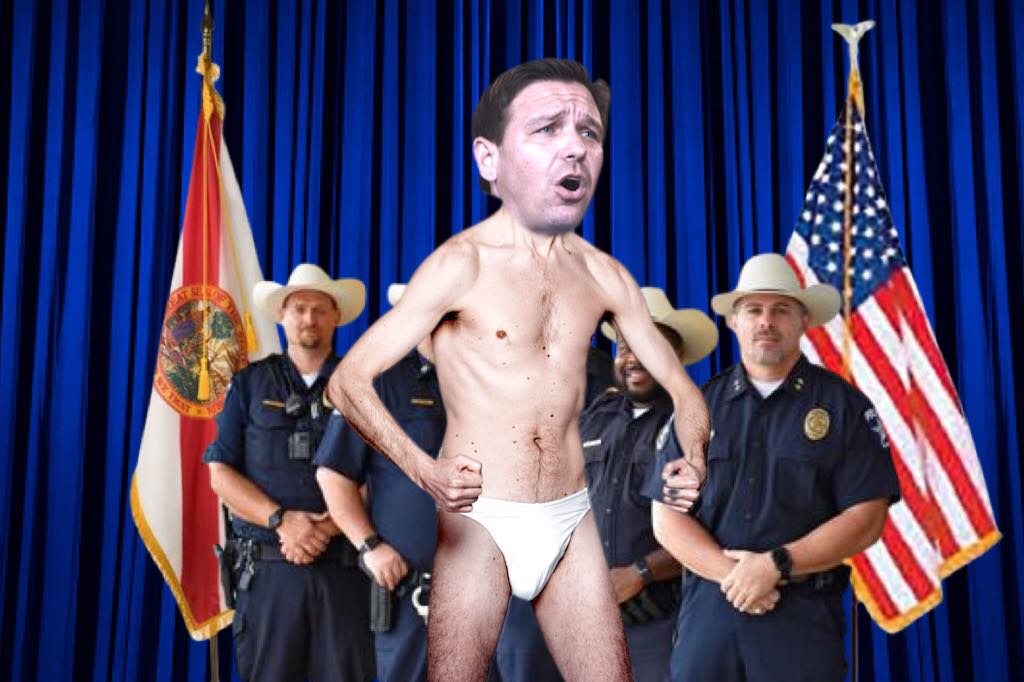 During a press conference today, Florida Governor Ron DeSantis announced his plans to ensure every public-school student complies with his mask orders.

“Kids in Florida are going to be learning their ABCs as soon as these liberals stop taking this airborne virus seriously,” said DeSantis to a very confused press room. “How can a child learn if their mouth and nose are covered?”

“See they think I’m stupid,” said DeSantis to himself. “They think I’m too dumb dumb to play the game!” DeSantis began to take off his pants and jacket.  “Well, I’ve got some news for you liberals, I’m a pony boy and this is my saddle.”

DeSantis then began galloping around the press room screaming and squealing like a horse.

As part of the new initiative to fully-staff public schools, new teachers will receive a $10,000 sign-on bonus if they are a cop from another state looking to move to Florida.

“Neigh neigh neigh!” Screamed DeSantis while biting on the arm of a liberal journalist.

DeSantis then took off his underwear and began taking a dump in the middle of the press room.

According to the new initiative, students and parents are encouraged to report teachers they believe to have liberal leanings.  Those teachers will have their pay reduced and their job replaced by an out-of-state police officer who will force the children at gunpoint to not wear masks.

DeSantis cleaned himself off with his shirt and returned to the podium.

“I hope you all learned something today,” said DeSantis, who had begun chugging a bottle of water that was handed to him by an assistant. “Kids in this State are going to learn, as long as it’s not critical race theory, math, science, or any of that other liberal horse shit.”

Out-of-state cops are encouraged to apply for the program if they are currently facing backlash for previous actions that could be considered racist.

← Both St. Pete mayoral candidates are huge cowardsWhere to fight in Tampa →