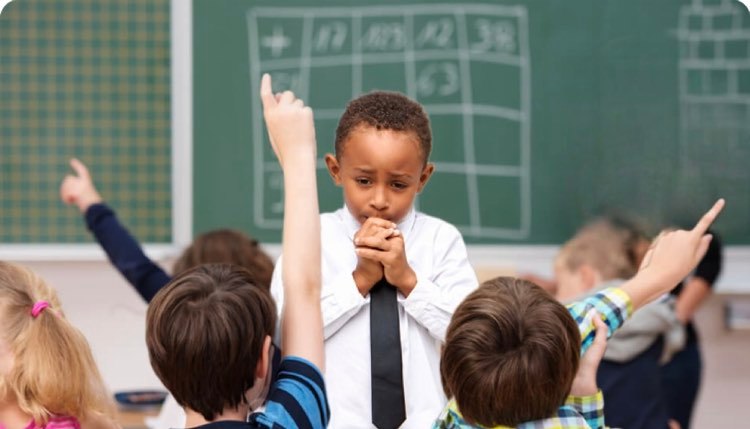 Florida schools are facing a major staffing crisis, with over a thousand unfilled positions in Hillsborough County alone, where the school year began yesterday. As a result, they are turning to the school’s students themselves as a last resort.

“We tried to recruit unqualified military veterans. That didn’t work. We’ve tried everything, every possible option,” said Florida Governor Ron DeSantis. “Well, except fairly compensating actual teachers for an inherently difficult and stressful job that we insist on making even more arduous every chance we get with bureaucratic nonsense and political ideologies.”

“In other words, we have no choice.”

Yesterday, at Sligh Middle Magnet in Old Seminole Heights, 6th Grader Travis Davis was put in charge of a homeroom.

“I was just sitting there, like everybody else. It was the first day of school and there was no teacher, so just sitting there was all we could do,” he said. “Then the classroom door opened and some guy I’ve never seen before stuck his head in, looked around, pointed at me and said, ‘You. You’re the teacher now’. I said, ‘Hey, I’m 12! I can’t teach!’. He said, ‘can you read?’ and I said yes and he said, ‘cool’ and left. I don’t know who he was. The principal maybe? Or the superintendent? I don’t know; he was wearing a suit.”

Davis said the experience was overwhelming at first.

“It was kind of terrifying. I had no idea what to do. Then I remembered that sometimes teachers show movies so I thought I would just do that,” he said. “Unfortunately the classroom didn’t have any video equipment and I didn’t have any movies with me anyway. But another kid said he sells bootleg mix CD’s at the gas station down the street, so we just listened to one of those. I gave everybody an A+.”

Governor DeSantis said that overall he’s happy with how the situation is playing out.

“Okay, maybe it’s not ideal but it’s the kids’ problem so the kids will just have to be the ones to figure it out for themselves,” he said. “Basically the same approach we’re taking to climate change and other shitstorms we’ve created for them.”