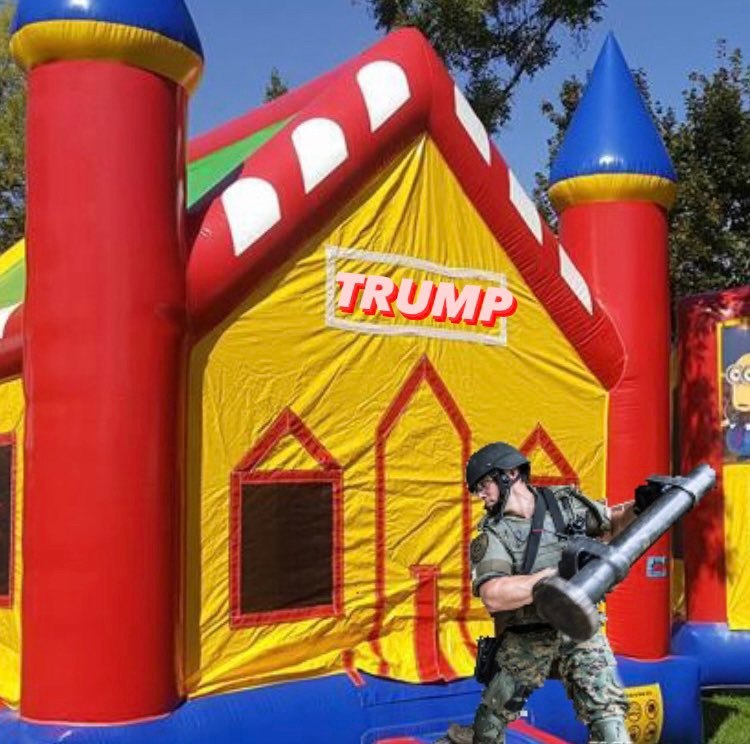 Donald Trump’s Mar-a-Lago home was raided by the FBI. This is horrific news for anyone who has to sit through an open mic this week.

A 45 year old comic named Steve, from Clearwater Florida, who will never make it, undoubtedly has something profound to say like “What did the FBI find? Small gloves?” His equally self-absorbed rightwing counter-part may claim the FBI found gas being sold for $1.85 a gallon. This will be followed by a Joe Biden impression. The impression will be broad-strokes and include the words “Corn-pop,” “malarkey,” and “Listen, Jack!” There is nothing our nation can do to avoid this. In times like these, there are no winners. When something this monumental happens, we will all know exactly where we were when we sat through the first milquetoast half baked joke about it.

The only solace we have is the knowledge that last year Alec Baldwin shot and killed a woman so hard that we will not be hearing about this from him. And her sacrifice must never be forgotten.