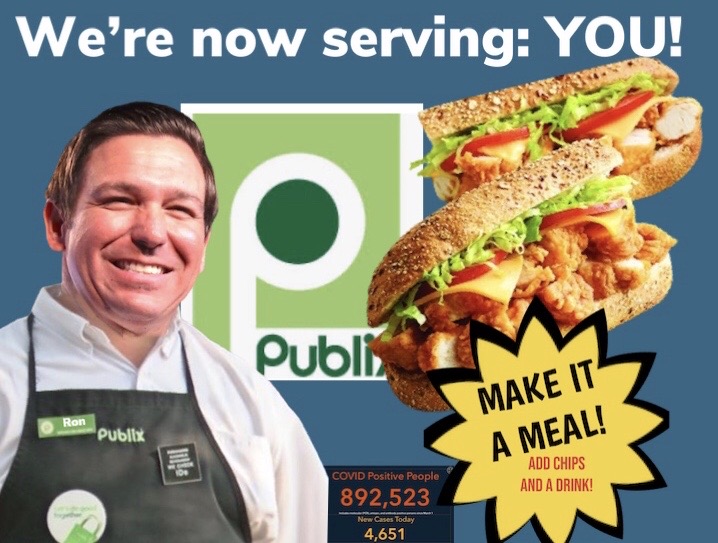 In a shocking announcement this afternoon, Governor Ron DeSantis, held a press conference to inform citizens that the Department of Health (DoH) would be “tracking when our beloved Publix subs are on sale,” he put on his mask and whispered quietly, “instead of when people die.”

Since the beginning of the pandemic, Florida’s COVID-19 dashboard has been criticized heavily.

A former DoH employee was fired for logging accurate case numbers, rather than doctoring the rates to illicit the idea that the state was ready for reopening. She went on to make her own website, which, at the time, claimed that only two counties were safe to move forward.

At the press conference, which took place in a Tallahassee elementary school gym, DeSantis confessed he didn’t want people to panic, saying, “I didn’t want people to panic, and Pub Subs make people happy; we weren’t giving you the actual numbers anyway.” He concluded questioning and shouted, “Viva la Pub Sub!” before running off Naruto style. Reporters were told he had a “chicken tender sub calling his name.”

This week, until November 4th, Publix Turkey Cranberry whole subs are on sale for $5.99.