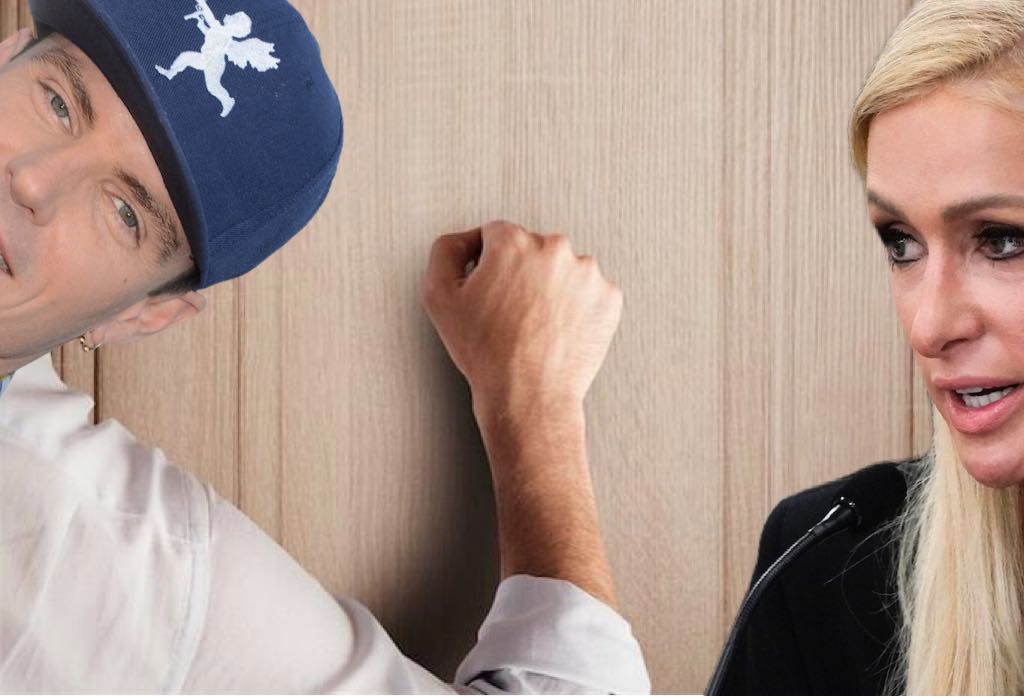 Following the lead of formerly-briefly-relevant “reality TV star” and currently-active attention whore Dog the Bounty Hunter, who showed up at the home of homicide suspect Brian Laundrie in North Port Saturday, a glut of B, C and D-list “celebrities” have shown up in the Tampa Bay Area in an effort to find a second shot at fame and criminal suspects but mostly the second shot at fame.

“I just want to help”, said Robert ‘Vanilla Ice’ Van Winkle, who was seen knocking on doors in Belleair. “If I can bring a criminal to justice, that’d be great. And if I can get another series on VH1 as a result, even better!”

Paris Hilton, who was checking houses on the other side of the same street said, “If this Brian Laundrie was in North Port, it just makes sense to look even more north, which is where this is. I need to be the one to find him. I’m sooo desperate… you know, to, um, solve the crime or whatever.”

When asked why she didn’t devote their efforts to finding any of the thousands of missing persons who don’t currently rate around-the-clock news coverage, she responded by staring back blankly and blinking rapidly.

‘Chocolate Rain’ Guy was spotted talking to residents in Dunedin. “Do you have any murders in here?”, he said in an alarmingly deep voice while trying to look past a woman who was attempting to keep her front door closed.

“He was the third one to knock on my door today; Tila Tequila and Willie Aames came by this morning”, the woman commented later. “Jesus, I thought the Jehovah’s Witnesses were annoying.”

“As soon as I saw that Dog was on the scene, I knew I had to get here ASAP, while the clue leads are still fresh”, said Tara Reid, taking a break at a Dunkin’ Donuts in St. Pete Beach. “I just knew I had to get here before Dustin Diamond got here and started digging around.” Upon learning that the actor who played Screech on “Saved By The Bell” died in February, she exclaimed, “OMG, I’ll bet Dog doesn’t know that Laundrie murdered him too! This thing goes all the way to the top! Thanks for the tip!”