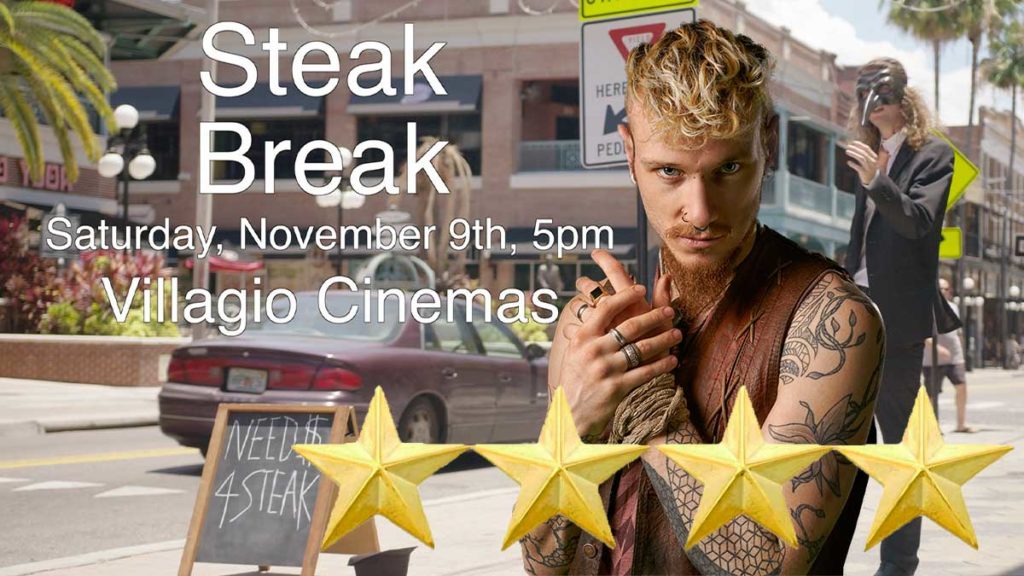 “Golly, this film is just wonderful and has a lot of positive messages for kids seeking guidance and direction in their lives,” says Porter. “Gee, I can’t decide which part I liked better, the steak or the break. Heck, they’re both swell! I love it all!”

It’s unclear how Porter screened the film, since it doesn’t even premiere until 5:00 pm this Saturday at Villagio Cinemas in Carrollwood.

“The Lord works in mysterious ways,” he said. “That’s my go-to. Legally and philosophically, nobody can challenge that.”

I asked him more questions about specific details within the film, to which he replied, “Uh-huh”, “Yup” and “Amen”. Eventually, he was worn down by the relentless nature of my journalistic interrogation and said, “Listen man, I was kicked out of Without Walls International Church for being too shady, which should tell you everything you need to know about me. I haven’t seen that shit. I have no idea if screwed up kids would benefit in any way from watching it and who cares anyway? I heard the title and thought if I said nice things about it, somebody would give me an Outback Steakhouse gift card. I love a Bloomin’ Onion!”

When I told him “Steak Break” was the follow-up/sequel to the critically acclaimed “Plane Train”, he said, “Look, I don’t care if it’s on a plane or a train or a boat with a goat, you ol’ Dr. Seuss lookin’ motherf… Can I get a Alice Springs Chicken Quesadilla and some Kookaburra Wings or what? Damn!”

I said no and attempted to leave but he wouldn’t let me go until I agreed to take one of his pamphlets, “The G’Day Gospel According to Chris Sullivan, Tim Gannon, Bob Basham and Trudy Cooper” and attend his next rally behind Bern’s Steakhouse this Saturday at 5:00 pm.