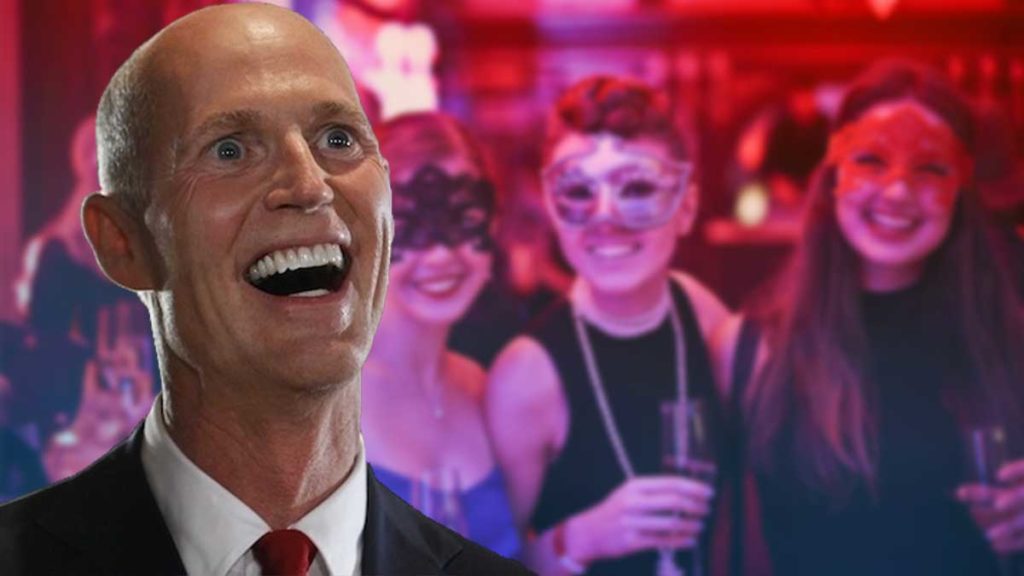 It has been one year since the former governor of Florida, Rick Scott, was elected to the United States Senate after narrowly defeating some old man who had been at that job for too long.

“I was elected governor of Florida with absolutely no experience besides my ability to scam taxpayers,” said Senator Scott.  “I took my scamming skills to Washington because I am the only person qualified to do nothing and take credit for it as something being done.”

When asked what Senator Scott had on the agenda for today besides my interview with him, the Senator made an involuntary gagging noise and screamed out, “I helped create nearly 1.7 million low paying jobs that offer no benefits.”

Scott then took off running, I chased after him through the halls of the Senate.  After sliding around a corner, I was trapped by a net that Scott had set-up in case a reporter was chasing after him.

“I knew you would take the bait you stupid fake news boy,” said Scott who was now smoking a Juul pod and blowing it in my face.  “You think I actually want to help people as a Senator? I came here to make my friends and myself richer.  You aren’t my friend. You are mean to me.”

Scott then attempted to extinguish his Juul pod on my face as if it was a lit cigarette.  I faked screamed in pain to make it seem like he was torturing me.

“Please Senator!” I screamed, “Why can’t you just help the people of Florida?”

Scott then smacked me and ate his Juul pod.  “Enjoy paying for bottled shit water, courtesy of Nestle.”