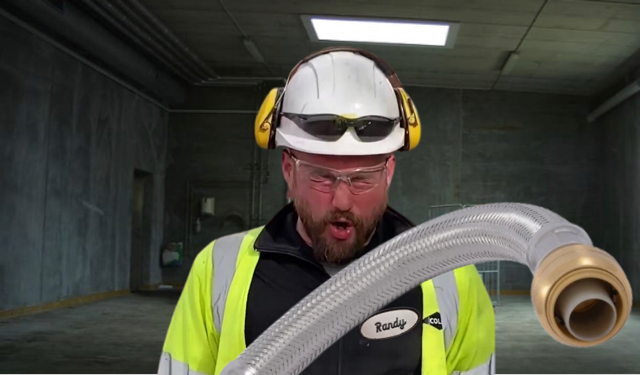 “Yup, drop your pants and rip into this tube.” Said Randy a guy who told us he worked for the new multi-trillion dollar real estate deal.

He walked us through a bunch of broken rocks inside a half-dilapidated structure with no windows.

“This is the rumpus room!” Said Randy excitedly, pointing to different shaped rock piles scattered about the largest room in the building.

“Oh wow, I like your rumpus room Randy!” I said.

“Randy” was embroidered on the chest pocket of his shirt, so I never actually confirmed that was his name, but for the sake of the story, if I refer to someone as “Randy” just know I’m talking about the guy with the “Randy” t-shirt on.

So anyways, the guy with the “Randy” t-shirt walked us through about 6 or 7 more rooms in this large building, letting us take notes of each one, doing photo-shoots and what-not, whatever we felt in each room Randy just said, “You know, do whatever you feel in this room.” So we would.

We watched him rip farts into the “fart tube” he called it, which goes down a 16,000 foot tube deep underground which turns the farts into kinetic energy, using the natural gas to power gigantic turbines.

“These turbines will power every future building in Gasworx.”

Said a new man who walked out from a shadow in one of the rooms, dressed in a full, very clean, suit.

“We’re not sure if that’s his real name or if he just found the shirt.” The man said.

“You’re not so different from me, you know.” Said the man in the suit who came from the shadows, but also does look like he’s very rich and has status in society. Influence, you could say.

So we talked, and I did actually agree with a lot of what he said, so I actually work for Gasworx now too, and I do actually rip farts into the fart tube with Randy, and it’s honestly a decent life I get paid 2 million per year after tax so I can’t really complain.