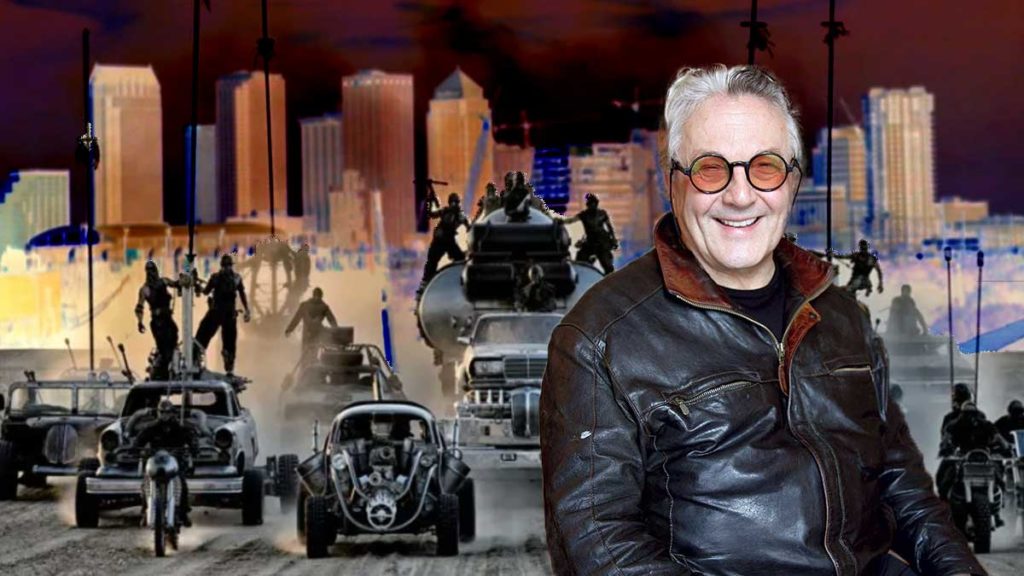 Legendary Australian filmmaker George Miller is going to shoot the next (currently untitled) chapter in the wildly popular “Mad Max/Road Warrior” series of films here in the Tampa bay area.

Right about now, you were expecting us to say he’s just going to mount a couple of cameras at the junction of I-275 and I-4 and some other notoriously dangerous local intersections, film whatever happens while spending a few weeks hanging out in a cafe in Ybor City, as a commentary on how bad people around here drive because HA HA! There are terrible drivers everywhere around here.

Except Dr. Miller (SPOILER ALERT: George Miller actually is a doctor) DIDN’T say that because  the tax incentives provided by the state of Florida are not all that great. He didn’t even talk to us. This article has more twists than a movie where Bruce Willis is dead the entire time (SPOILER ALERT: Bruce Willis is very much alive). Things have gotten better and the Tampa Bay Film Commission works very hard to draw producers and their projects to the area, but the state still lags way behind places like Georgia, Louisiana and Toronto for Pete’s sake. Toronto!

FUN TRIVIA FACT: Ben Affleck’s 2016 film “Live By Night” took place in Ybor City but was shot in Georgia because it was cheaper to build a replica of Ybor, presumably complete with replica drag queens and replica homeless people (nobody actually saw “Live By Night”, including me), because it made more sense financially to do that than just shoot it in the real Ybor City.

So step up and help the Tampa Bay Film Commission get the resources they need to do an even better job. Write to your governors today and tell them to stop being shortsighted about luring an industry to Florida that could provide jobs and also stimulate the tourism industry, which remains our biggest economic thing or whatever. Unless you don’t want to see maniacs driving fire-breathing demon mobiles pancaking Nissan Ultimas at Malfunction Junction.