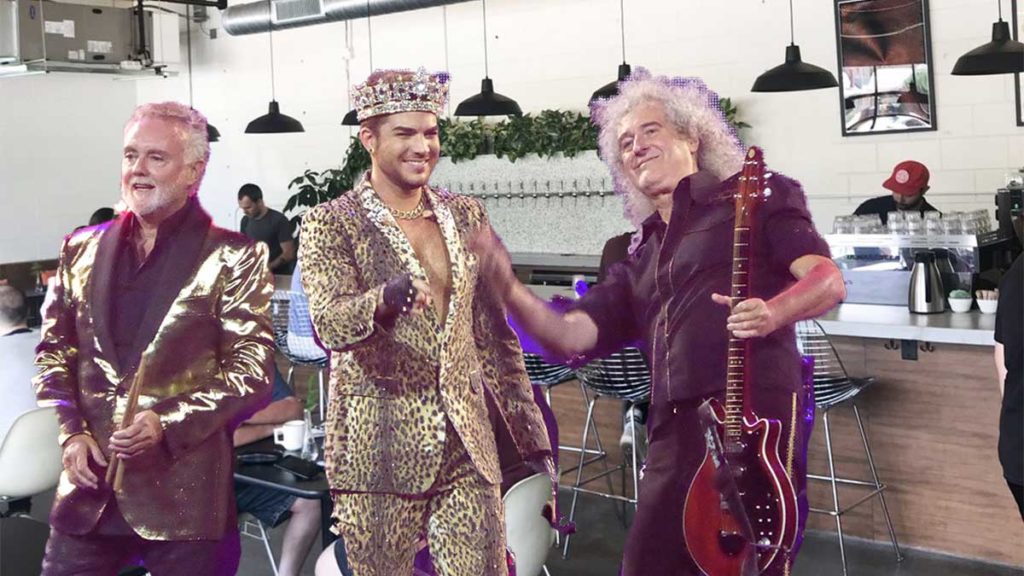 As part of a cross promotion for the Amalie Arena concert, Queen plus Adam Lambert have announced a special free show taking place at Tampa Heights newest cafe.

“This tour all I’ve been doing is singing songs from that ‘Bohemian Rhapsody’ movie,” said Adam Lambert while applying a few layers of makeup. “The secret show at King State is going to be all my songs.”

Lambert smiled and then began singing an acapella version of his song “What do you want from me?”

I stopped him mid chorus and asked him if the rest of Queen will be with him at King State.

“Yeah the Queen boys will be there. We only practice those movie songs though, which are good,” Lambert looked around suspiciously and changed his tone to a much louder and serious one. “We hope this secret performance at King State will make the king of Tampa happy.”

“Who is the king of Tampa?” I asked him.

“Y’all don’t have a king? Then what’s the point of playing that place?” Lambert then ended the interview and angrily called his manager to cancel the show.

Queen plus Adam Lambert will not be secretly performing at King State, but I will be there listening to my Adam Lambert playlist.