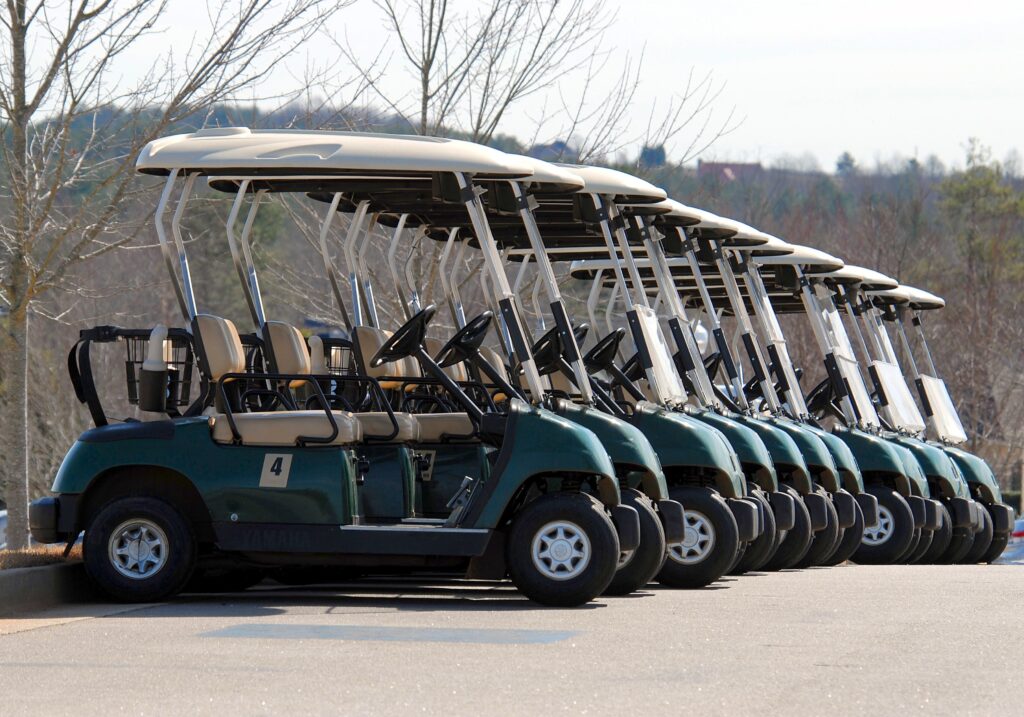 Pete’s Puttering Putt-Putts, a luxury golf cart dealership in Largo would like the general public to know that they no longer do any business whatsoever with customers who reside in The Villages.

“We’d like people to know that,” says Pete Putterman, owner and CEO. “But it isn’t true. Are you kidding? That’s the source of 69% of our gross sales income.”

The company is eager to avoid any kind of public relations blowback from an incident involving a golf cart parade last weekend in the massive age-restricted community based in Sumter County, in which participants and demonstrators exchanged insults, including cries of “White Power!”. Video of the parade and the confrontation was put out on Twitter and re-Tweeted by President Trump Sunday morning.

“We’re not about promoting hate speech,” says Putterman, who was visibly distraught. “We’ve been in business since 1985, making fun little vehicles for people to zip around golf courses or to cruise around and run errands. During the holidays, people festively decorate them with lights and ornaments. Suddenly, because of one stupid Tweet, people are going to want us to go out of business because they link us with manufacturing the vehicle of choice for white supremacists with prostate problems? We’ve done nothing wrong! My God, how could this happen?”

While Putterman says the company will still do business with people who reside in The Villages (“We have bills to pay!”), they will stop mentioning their association with the retirement community in advertisements and other promotional materials.

Instead, the company will direct an increased marketing focus on the community of Dunedin. “Hopefully there aren’t a bunch of old racists who live there,” says Putterman. “And if there are, hopefully they don’t know how to upload video to social media.”