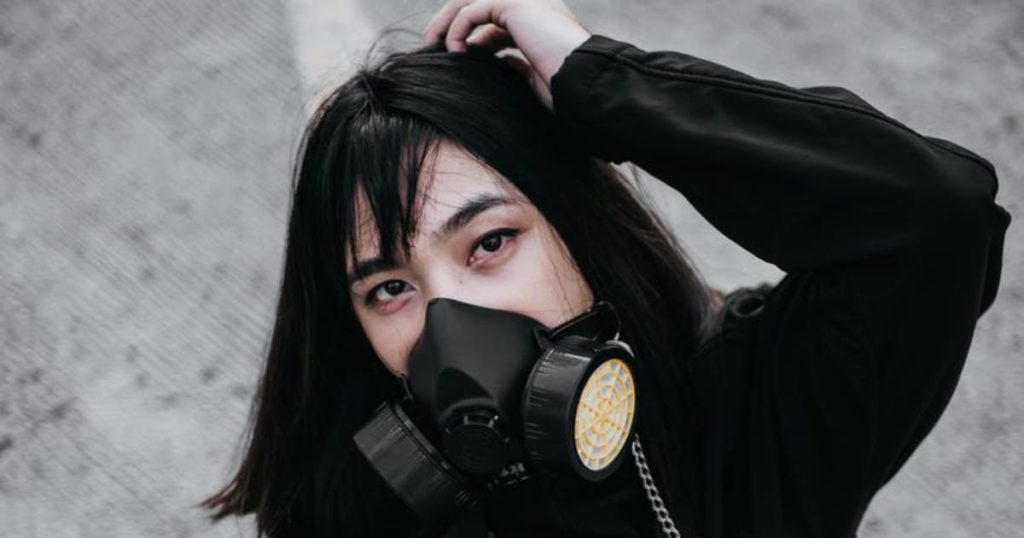 In an effort to slow the spread of the deadly Coronavirus in China, an unlikely alliance formed between Tampa Bay area goths, stoners, and doomsday preppers. These three disparate groups banded together to donate their unused gas masks and time in an attempt to save lives.

“A lot of people think goths celebrate death,” said Siouxsie Ravenmoon, a clove cigarette carrying goth who pretended the “Hello Kitty” backpack she had on was her sister’s. “But, really, that couldn’t be further from the truth. What we do is celebrate life. With an unrelenting, tireless acknowledgement of death.”

As Ms. Ravenmoon climbed into a U-Haul full of shipping crates, one of her platform boots became wedged between the loading ramp and the tailgate. Chaz McNeely, a Widespread Panic fan who shares memes about “how dope weed is like it’s [his] job”, ran over to assist Ravenmoon. After pulling Ravenmoon’s foot free, McNeely went back to work under the hood of the truck.

Throughout the day, more and more gas masks were donated to the cause, but no group contributed more than the doomsday preppers. In the late afternoon, several heavily armor plated Dodge Durangos were unloaded by over thirty people who appeared to be from a family tree without even a single branch. After they dumped dozens of unused military grade breathing apparatuses into wooden crates, they attempted to get back into their vehicles.

Upon approaching them for an interview, one of the children in the family pulled a revolver out of his overalls and aimed it at me.

“You with the grays, ain’t ya, spaceman?!” the little boy asked, his voice trembling.

Fortunately, an older gentleman got between us and introduced himself as the “patriarch of the Dufresne clan” from Plant City.

“Why am I here? Look, the enemy of my enemy is my friend,” said Joe Bob Dufresne, self-proclaimed apocalypse expert and survivalist. “And my best chance against my government? An invasion by the Chinese government. I don’t stand a chance against the U.S. government. But, if the Chinese invade and beat our goons? I got a real shot.”

My attempts to explain that logic would dictate that China being able to best the U.S. military would mean they would also be able to beat his militia proved fruitless, much like his diet.

At the end of the day, over ten thousand gas masks were collected and donated to the people in Wuhan. However, the entire shipment was held up in customs upon arriving in Shanghai.

According to Chinese officials, the donations had to be seized because one of the masks reminded a customs agent of “Winnie the Pooh”.

In order to release the shipment, President Xi Jinping demanded that the Tampa coalition provide him with “one hundred jars of hunny” for the “bother”. Ravenmoon replied on the group’s behalf via Twitter by simply stating, “Wish I could say yes, but I can’t.”