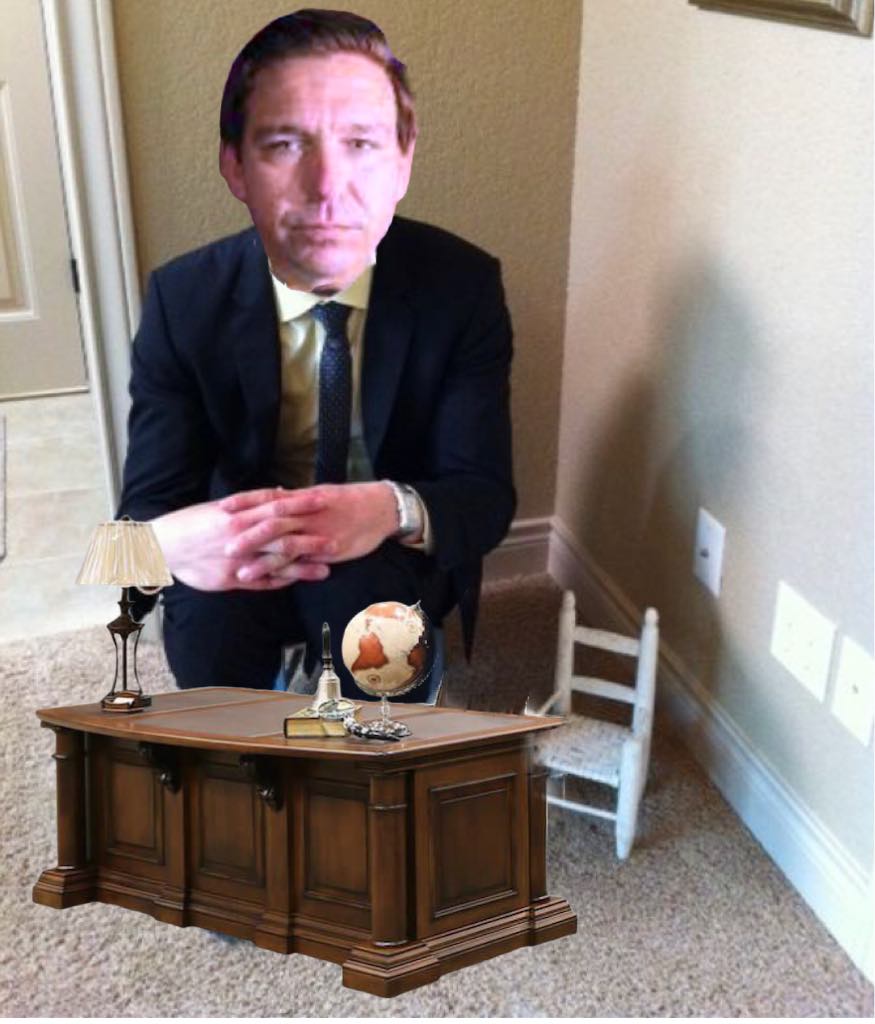 Following a barrage of on-line mockery directed at President Donald Trump after he addressed the media Thursday while seated at a small desk, Florida Governor Ron DeSantis offered a gesture of solidarity.

“I support our president, no matter what, as long as it’s a president I like and who likes me”, he said, surrounded by staff members, addressing the media from his satellite office in Tampa. “We’ll see what happens going forward, but for now I’m 100% behind the president who is President Trump!”

With that, DeSantis took a seat on a tiny chair behind a tiny desk before continuing his remarks.

“From now on, this is where I will be doing all of my governor business. I love it. I can just pick it up and carry it with me wherever I go, from Pensacola to Key West and all the places in between where Covid isn’t a problem”, he declared. “As you can see, it’s too small for me to wear a mask while I’m sitting at it. Oh well.”

He then gestured to a small globe on his new desk and said, “Hey, it’s a small world!” When nobody except Kyle Lamb laughed, he said, “All right, everybody get out.”