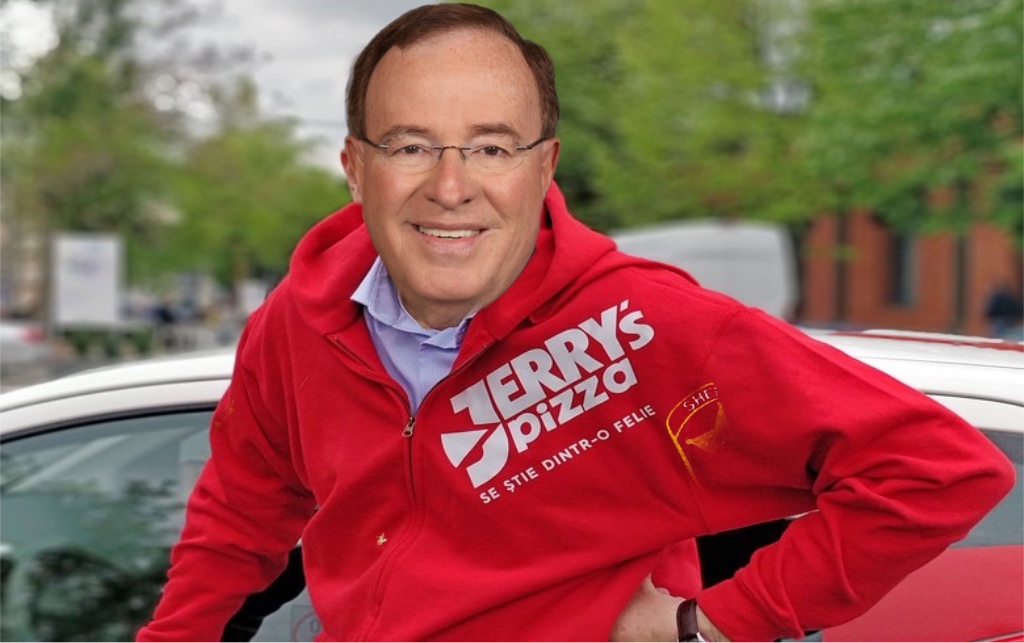 Pasco County Sheriff Grady Judd has taken on a part-time job as a delivery person for the newly opened Jerry’s Pizza on 19 in New Port Richey.

“After Andrew Tate and his brother were arrested in Romania when he released a video of himself enjoying some Jerry’s Pizza in response to a battle with a teenaged girl on the internet, I thought, ‘well golly, that must be some darn fine pizza, if he’s willing to give away his hiding place from accusations of human trafficking and rape over it.’”, said Judd. “Sounds like exactly the kind of organization I want to be involved with.”

“You know, because I just love pizza”, he added, exaggeratedly winking unnecessarily. “Plus, it seems like a great way to connect with the kind of local people I already want to meet.”

“So yeah, if you or any of your weirdo buddies are having a party where you’re sitting around and touching yourselves while watching Disney movies or whatever the hell you do, why not do it while enjoying a hot, fresh, delicious Jerry’s Pizza? If it’s good enough for Andrew Tate, it’s good enough for you”, he said. “Remember, I not only deliver, I also pick up.”