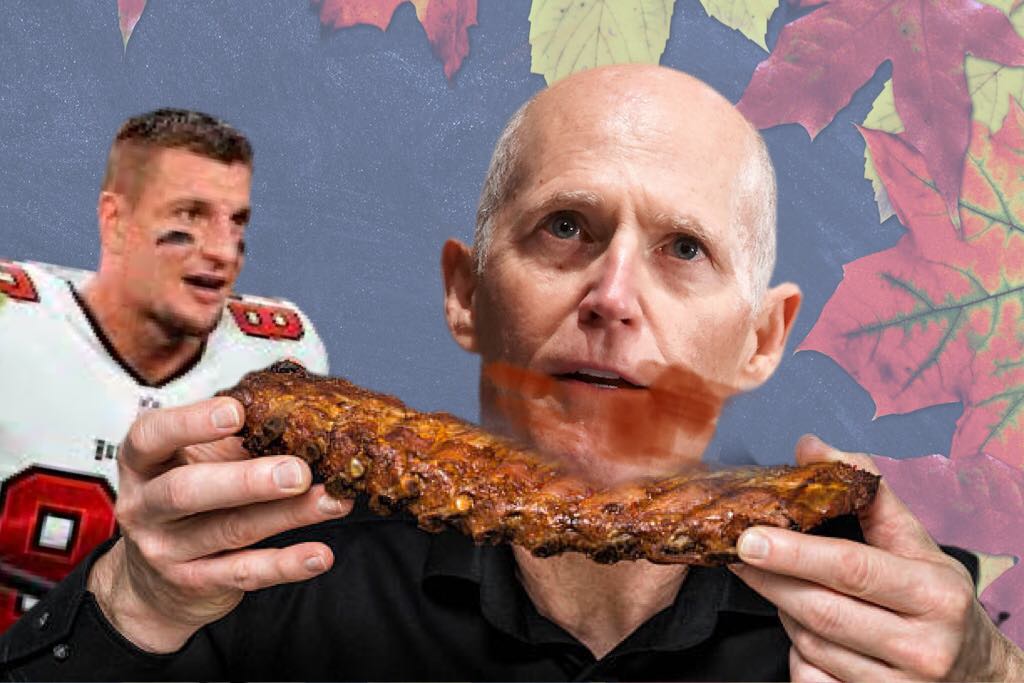 Gronkowski suffered multiple fractured ribs, along with a punctured lung, in the Bucs 34-24 loss to the Los Angeles Rams on September 26. Senator Scott obtained those fractured ribs somehow and plans to eat them. He said he will not be eating the punctured lung. “Lungs are for elitists and I’m a man of the people,” he said.

“This is my annual tradition, in which I not only give thanks for things like my health and my $300 million in hard-earned Medicare fraud money,” Scott said. “But I also celebrate the autumnal harvest of celebrity body parts by eating them.”

“In the recent past, I’ve eaten Jason Pierre-Paul’s fingers as well as anything I could get my mouth on from Donald Trump,” he said. “I have also eaten Ron DeSantis’s ass on more than one occasion. Not in a sexual way but in a triumphant, dominant victory way. You Gen Y’s and Millennials who conflate that with groceries for some reason simply wouldn’t understand.”

“I don’t know how he gets this stuff. It’s just my job to cook it.” said Mike Rivers, the Senator’s personal chef. “I get why he likes to eat it; he’s a demon, after all. It makes sense on that level. But I like to sleep at night so I try not to think about it.”