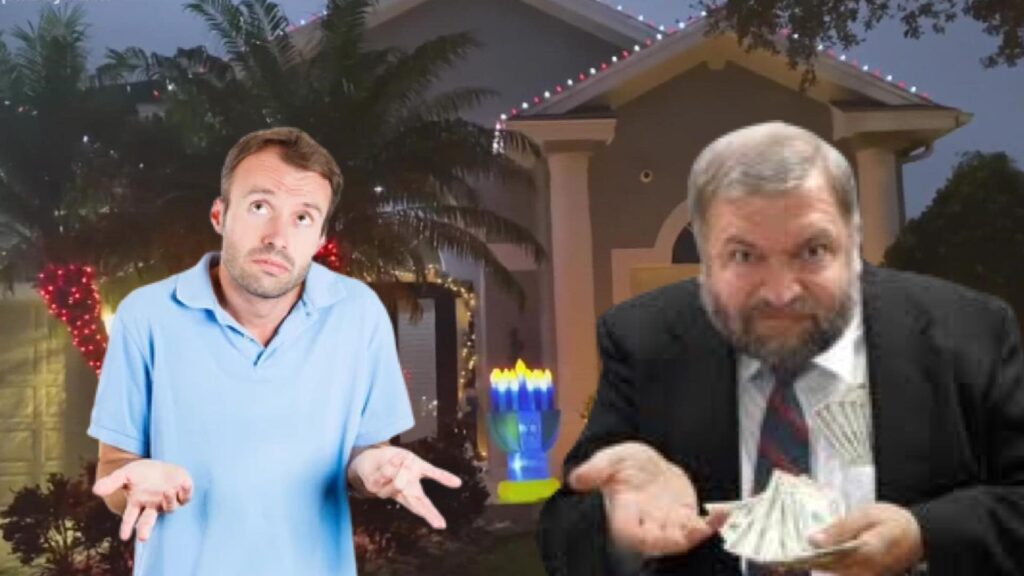 A resident in Westchase is facing possible fines from his homeowners association (HOA) for displaying holiday lights too early but that HOA is making sure that people know that there are restrictions and severe penalties for violating those restrictions that extend beyond pretty lights.

The letter from the Westchase Community Association to Mark Mofflee, the accused violater reads as follows:

“Seasonal holiday decor may be displayed from 10/1-11/7 and Thanksgiving day to 01/15 each calendar year. Other holiday decors may be permitted 7 days before and removed 7 days after the specific holiday.”

“It’s up to him to comply with the governing documents or the alternative and if he’s not going to or he thinks there’s some mistake to go ahead and let the association know what his response is and then the association can consider the response,” said Jonathan Klellis, the attorney for the HOA. “But he should probably make sure his grass is mowed before he pokes the bear, if you know what I’m saying. And what I’m saying is we’re the bear and don’t poke us.”

The letter went on to say:

“Thanksgiving dinner can not be served until halftime of the Detroit Lions game or they’re behind by 20 points, whichever happens last. Saying a blessing or even sampling a little bit of turkey prior to that is an act susceptible to a fine of at least $1000.”

“You know that thing where people open one gift on Christmas Eve? Unacceptable. Too soon. That is also punishable by a $1000 fine. No wait; $2000. Yeah.”

When asked about what seems like arbitrary and unnecessarily harsh punishments for utterly harmless infractions, Mr. Klellis said, “He knew what he was getting into when he moved in and was required to pay dues to the HOA. From illegally hanging a Bucs flag to having an illegally colorful mailbox, this is what we do: squash joy for no meaningful reason. Everyone knows that.”

He added, “Nobody is saying to not enjoy the holidays. Fining our residents is our favorite thing so we’re enjoying the shit out of the holidays so far.”