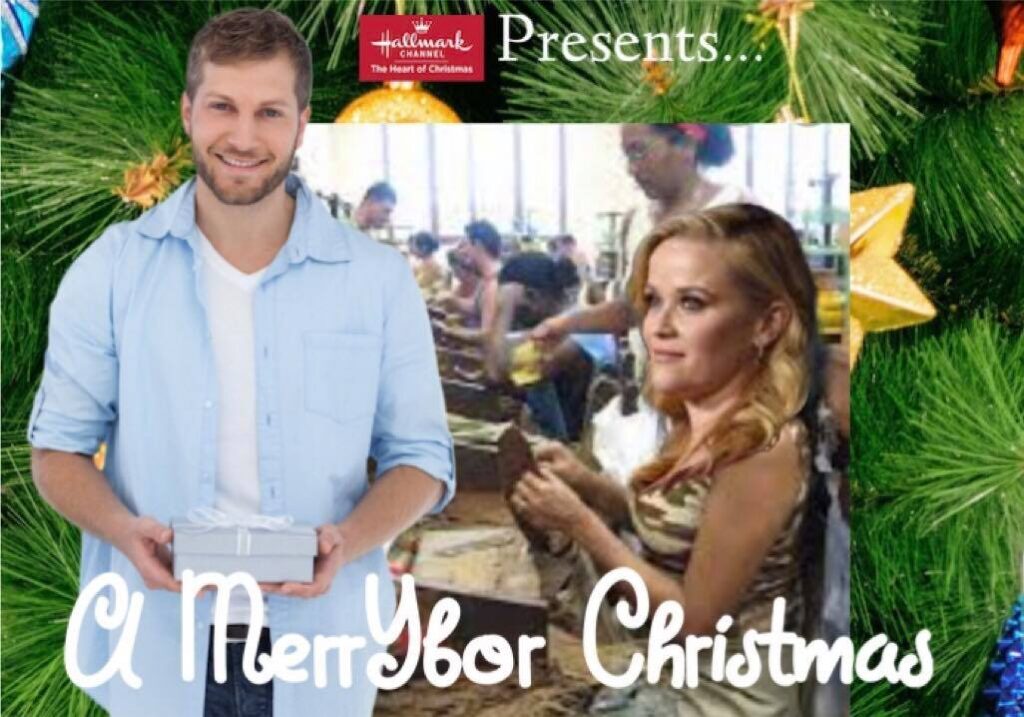 The Hallmark Channel, the cable television channel with a long tradition of producing and broadcasting family-friendly, inspirational holiday-themed romantic comedy films, will release “A MerrYbor Christmas” later this month.

“We just think Ybor is such a colorful and vibrant locale. It’s hard to understand why more films haven’t been set there”, said the film’s director Keith Sadd. Local actors and filmmakers were surprised that they didn’t hear about opportunities to appear as extras or get crew work when it was being shot. “Oh, we didn’t shoot any of it there. We did all that in Atlanta,” said Sadd. “I’ve never even been there but after looking at some pictures of the place on Google Earth, I have to say our production team probably pretty much nailed it.”

The film’s story focuses on Eneida, a saucy, high-profile Cuban-American attorney in New York, played by Academy Award, Golden Globe and Emmy Award winning actress Reese Witherspoon. She returns to Ybor City to help her frail, Cuban immigrant father (played by Dolph Lundgren, best known for playing Ivan Drago in ‘Rocky IV’) save his cigar shop. Along the way, she meets and falls in love with Julio (played by newcomer Cody Colby, who had a non-speaking role in some Disney bullshit like ‘High School Musical’ or something), the owner of a food truck that sells coquito. Together they save her beloved papito’s shop from foreclosure at the hands of evil, Cuban landlord Javier (played by the omnipresent Ken Jeong), teaching everyone the true meaning of Christmas in the process.

“Our aim is always to produce original programming that expresses traditional family values and also steers away from political themes and stories that denigrate religion. However, we have received some criticism for some of our stories featuring casts that lack diversity”, said Halmark spokesperson Millicent Berkely-Perez-Jefferson. “So we hope that this one finally shuts those mouthy Jew fag commies up for a while.”