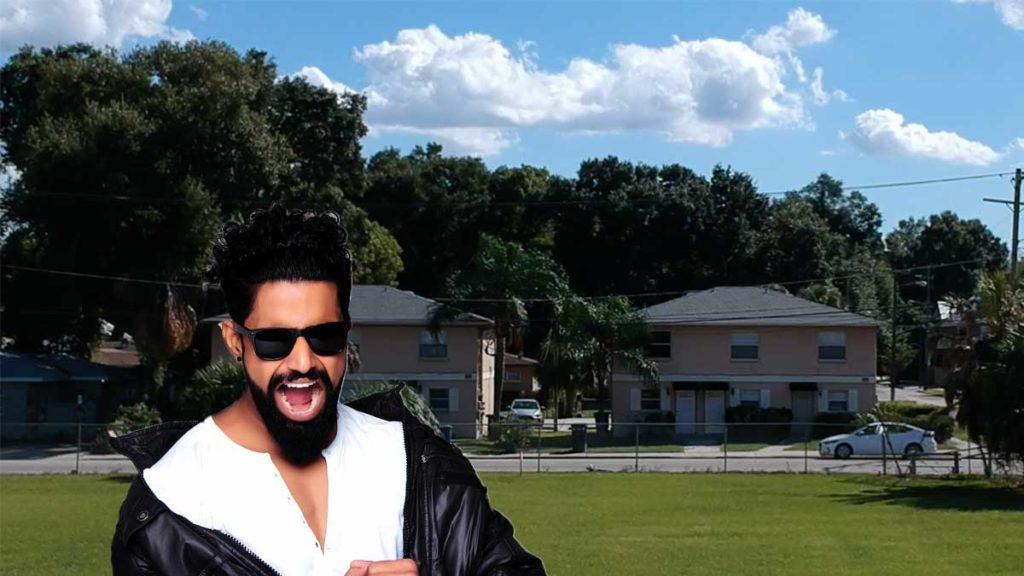 A high-speed car chase, like something you’d see in a movie, roared through Robles Park and Tampa Heights today, destroying property and killing numerous people.

“I’m sorry, I just suddenly really wanted a watermelon,” says Burt McQueen, a lawyer who works in downtown Tampa and a participant in the chase. “I was on my way home from work, stopped at the light at Florida and Columbus, when an old blue pick up truck full of watermelons passed in front of me, eastbound on Columbus.”

Upon seeing the truck full of fresh-picked produce, including a load of watermelons, McQueen slammed his black 2017 Dodge Charger into gear, stomped the gas pedal and fishtailed into the intersection in hot pursuit. Gary Rafael of Plant City swerved to avoid McQueen and plowed into the P Barbershop, killing him, two guys getting haircuts and three barbers. “I just figured if I could catch up the watermelon guys, they might sell me one for cheap before they got to the fruit market or whatever,” says McQueen, adding, “I had cash on me.”

The man driving the truck, Carlos Fernandez of Plant City, saw McQueen coming after him and feared that it was ICE seeking to detain him and his brother riding in the passenger seat for being illegal immigrants so he accelerated, running the red light at Columbus and North Tampa Street. “The crazy thing is we’re not illegals,” said Fernandez. “We were born and raised in Cincinnati. I voted for Trump!”

“You never know, though”, said his brother Mike. “Shit is crazy out here these days.”

As Fernandez’s truck careened through the red light, a school bus was forced to swerve, lost control and crashed into the Gold Ring Café which exploded. Luckily, all the students had been dropped off so only the bus driver, who nobody knows or cares about in spite of working for the school district since 1988, was killed. Along with 16 or so people inside the café.

Fearing for his freedom and safety, Fernandez powered the 1968 Ford F-100 at speeds up to 115 mph up north Highlands, across Floribraska, back up Florida Avenue in an effort to shake McQueen. Mayhem and destruction was left in their wake as both vehicles lurched at suicidal speeds through the formerly peaceful neighborhoods, with every car or structure with which either vehicle collided instantly exploding into fireballs 60 feet high. People could be heard screaming from miles away as bedlam consumed their community, the air clogged with thick, oily smoke.

Eventually McQueen caught up to Fernandez on westbound MLK, approaching the drawbridge over the Hillsborough River and deployed a Pursuit Intervention Technique (PIT) maneuver causing Fernandez to lose control of his truck and spin out, crashing through the railing at the arc of the bridge and plunging into the river below.

Unfortunately, McQueen had never executed a PIT maneuver before and he also lost control and went into a spin, following Fernandez through the break in the railing  and downward into the swift-moving current.

Hillsborough County Rescue Services picked up all three men, unharmed about a mile down the river approaching downtown. Their vehicles both sunk into the murky river behind them and exploded, killing 34 more bystanders who just happened to be there.

“I don’t know what to say”, commented McQueen. “Sometimes you just really want some watermelon.”