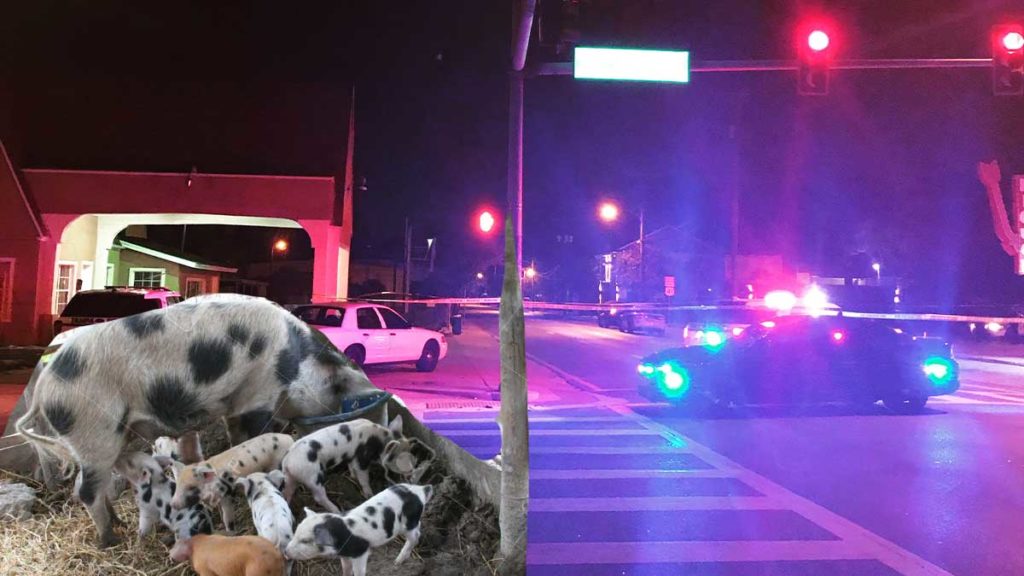 In an effort to reduce stress suffered by drivers and cut down on road rage incidents, Hillsborough County has announced that they will be installing petting zoos at select intersections, mostly in Tampa.

“There’s no denying the fact that navigating our congested roadways is what we now call a ‘challenge’ since we’re not allowed to say ‘pain in the ass’,” says county spokesperson Steve Tiddleton. “Spending a half hour in our traffic, which is the minimum time between any two points in the county, regardless of distance, can trigger even the most reasonable and tranquil individual and cause them to act out violently.”

The intersection of Dale Mabry and Kennedy boulevards will be the initial location of this program with others to follow soon.

Experienced animal handlers will walk into the traffic when the lights turn red with ponies, goats and llamas, allowing drivers to roll their windows down and pet the animals and chill the hell out for a minute. Any drivers who attempt to strike or strangle the animals will be subject to a stern admonishment and a $5 fine. Tiddleton says the admonishment is QUITE stern. “‘We’ll say, ‘Hey! Quit that right now, you!’ Stuff like that.”

Tiddleton assures me that all of the animals will be officially certified ADORABLE by the Hillsborough County Department Of Adorability.

“Nobody has to worry about an ugly llama suddenly getting in their face,” Tiddleton continued, “That would have the exact opposite effect of what we’re going for.” He went on to detail how all aesthetically unpleasant animals in the county are sent off to live long, happy lives at the Impossible Burger Farm complex in Lutz. “The same as hideous people we come across. So you know, humanely.”

Petting zoos were not the first entertainment-based stress-relief initiative attempted.

“We tested jugglers, mimes, puppeteers, stand-up comedians and young women with ukuleles and drivers would intentionally try to run them over. The admonishment and $5 fine were no deterrent whatsoever. In fact, some drivers ended up paying $20 in advance for the privilege of mowing down multiple performers.” Tiddleton then pulled out a box full of thank you cards, “Granted, that made them happier but the cost of cleaning up dead comedians and broken ukuleles was prohibitive.”