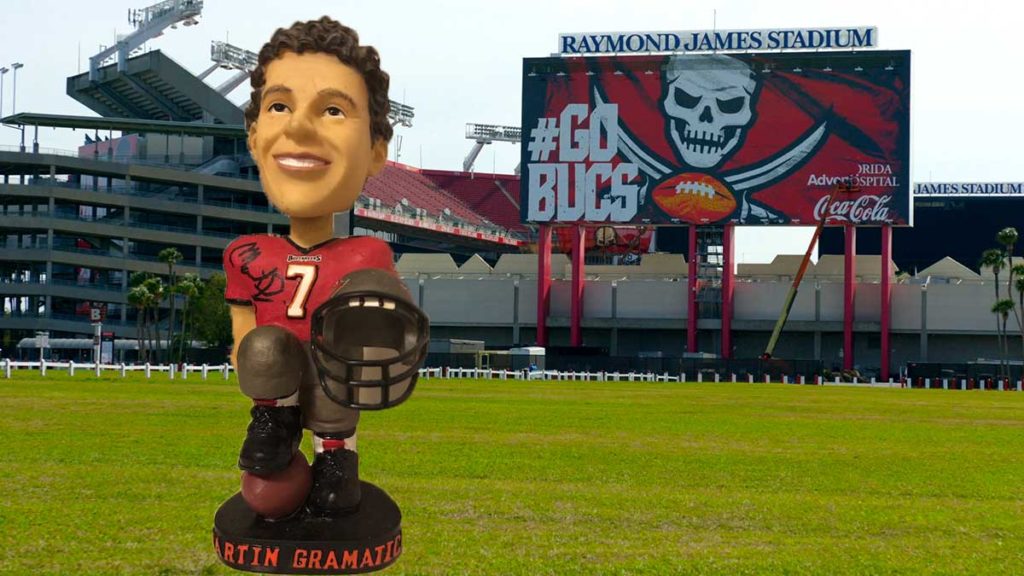 Every year, the Tampa Bay Buccaneers pay homage to someone, usually either a former player or coach, who distinguished himself and brought glory to the team with his efforts by inducting him into their Ring of Honor. This season, former cornerback Ronde Barber will become the 13th member of the Ring of Honor, joining Lee Roy Selmon, John McKay, Jimmie Giles, Paul Gruber, Warren Sapp, Derrick Brooks, Mike Alstott, Doug Williams, John Lynch, Malcolm Glazer, Jon Gruden and Tony Dungy.

We at Tampa News Force, upon hearing the idea mentioned in a somewhat joking fashion on the Mike Calta radio program, have come up with the completely original idea of endorsing former kicker Martin Garmatica for induction into the Tampa Bay Buccaneers Ring of Honor next season. Here is our basis for why Mr. Gramatica is not only worthy of this honor now, but that it’s kind of shocking it hasn’t happened already:

As you can plainly see, that’s four complete bullet points and that was enough to get me a “Best Actor” nomination for a Creative Loafing 2019 Best of the Bay Award (all four bullet points referenced my work in “Swamp Jackers”) https://www.youtube.com/watch?v=gyzBtY5P8jE

Do the right thing, Tampa Bay Buccaneers and all registered voters; put Martin Gramatica into the Ring of Honor! Because at least one writer for Tampa News Force said so.