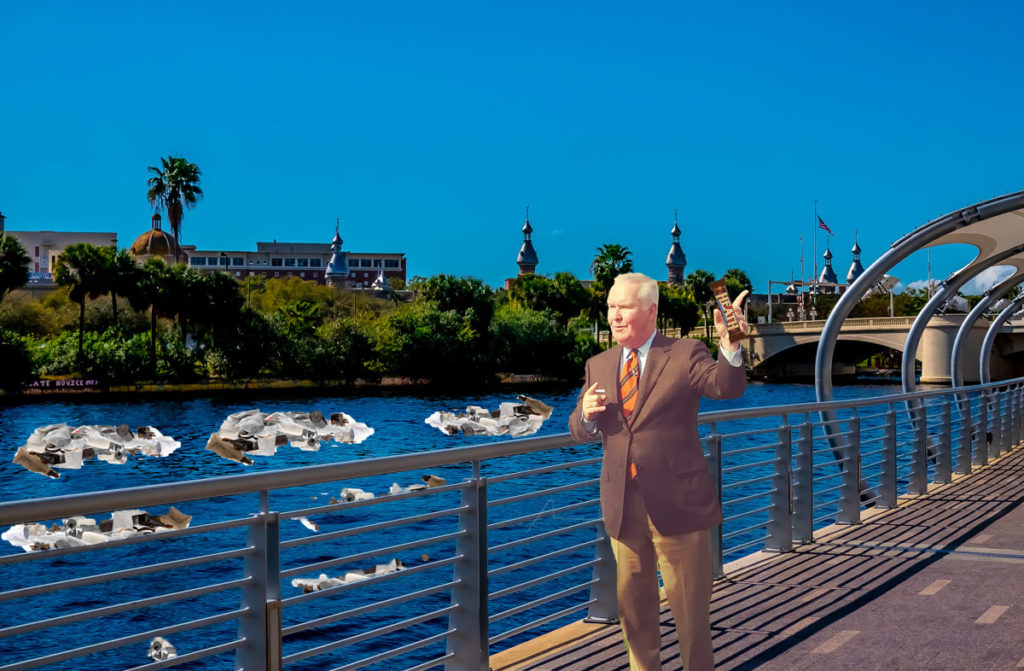 Mayor of Tampa, Bob Buckhorn, announced that due to budget cuts the Hillsborough River will have to be dyed green with ordinary household trash in honor of St. Patrick’s day. The City of Tampa is asking residents to bring their loose and bagged trash Downtown for the festival where they can go ahead and chuck all of it in the river.

“Since 2011, we’ve used an environmentally-friendly, vegetable-based dye to turn the river green,” Buckhorn explains. “However, with all of the money we’ve poured into developing the Riverwalk, we just can’t afford the dye this year.”

When asked about the possible detrimental environmental effects, Buckhorn hesitated.

“Well…everyone knows that if a city wants to be considered trendy, it has to dye its urban river green for St. Patrick’s Day.” Buckhorn said while tossing a Heath Bar wrapper into the river. “Tampa is cool and we would not be caught dead without a green river.”

Members of the community have rallied behind the mayor’s efforts to have a festive St. Patrick’s Day celebration.

“I ain’t gonna celebrate St. Paddy’s without a green river! I reckon we all gotta pitch in how we can,” suggests local fisherman while throwing the toilet seat he caught back into the river.

“We’re happy to support our favorite holiday, dude!” Tanner Bradley III, President of Lambda Lambda Omega responded when questioned about his beer can disposal method. “Anyone who doesn’t support the rich tradition of me blacking out in my leprechaun costume is, frankly, un-American.”

Local environmental scientists have declared a pre-emptive state of emergency in response to plans of completely destroying the Hillsborough River.

When asked how he thinks the city should address this state of emergency, Buckhorn responded: “Have those cry-baby scientists ever paused to consider how many Instagrams are going to be taken of our green river?”

“We need scientists coming up with hashtags!” Buckhorn cried. “Not un-hip, environmental crises.”

View all posts by Cara Millburg →