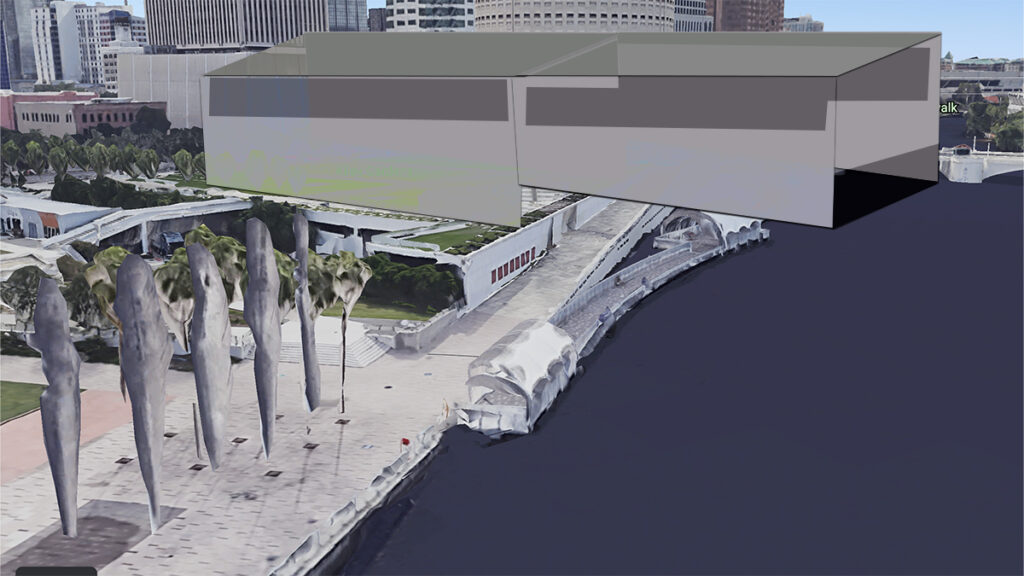 “Everyone loves Riverwalk, and in a few years, I think people are going to love it even more.” Said Tampa City Planner, Morgan Tsipar.

As part of the master plan, Riverwalk’s Curtis Hixon Park will feature a first-of-its-kind Homeless Shelter Amphitheater that will provide a haven for the homeless, while also providing a performance space that is open to the public.

“Where did you read that?” Asked Tsipar who looked at me as if he had just heard of this plan for the first time.

The City of Tampa has announced that when completed, the Homeless Shelter Amphitheater will provide much-needed services for displaced members of the community and an open mic night will be held every Tuesday at 9 PM.

“It’s one of those great things where the homeless who are sleeping in the shelter that evening will be a captive audience for whoever wants to perform,” said Mayor Jane Castor.  “You will definitely catch me practicing my ukulele in preparation to win over that crowd.”

An official groundbreaking ceremony will be held at Curtis Hixon Park this weekend.  Police are currently clearing out the homeless people who are sleeping on the benches to prepare the area for activities.