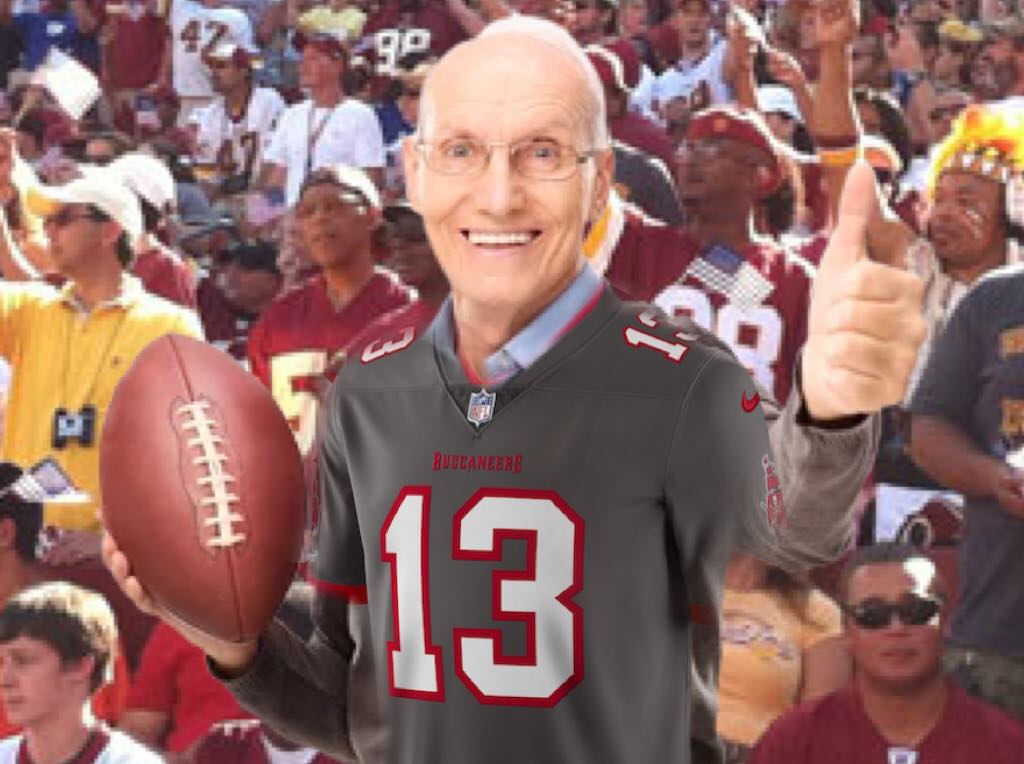 Dean Bipscomb of Brandon was at the Buccaneers game in Washington Sunday, which the Bucs lost 29-19, and he was able to get his hands on the ball quarterback Tom Brady threw for the 607th touchdown of his career, a souvenir he hopes to parlay into a bevy of rewards and prizes.

“If the 600th ball was worth a lot, it just stands to reason that this one would be worth even more,” he said. “Because this one is seven more than that. Who cares about 600 when there’s 607?”

Bipscomb had bought a ticket on StubHub for a front row, end zone seat at FedEx Field, home of the Washington Football Team, for $350. “Marked up quite a bit, but worth it”, he said. He bought a $231 ticket on United Airlines and flew up from Tampa International Airport Sunday morning, headed straight to the stadium and flew back home as soon as the game was over. “This way I don’t have to pay for a hotel”, he said, winking. “I’m pretty smart.”

Over the course of the day, he accrued more than $100 in rideshare fees.

Bipscomb found himself in the right place at the right time when Brady hit receiver Mike Evans for the 40-yard pass in the fourth quarter that cut the Bucs deficit to within four points, 19-23. As is Evans’ custom, he looked for a Bucs fan to toss the ball to and found Bipscomb. “Good thing I remembered to buy that Evans jersey for $169!”, he said.

“I want season tickets. And not just Bucs. I want Rays and Lightning tickets too. Full seasons. I want them hand delivered by Brady to my house when I’m having a cookout that my neighbors won’t be invited to, but I want them to know he’s coming. I’m thinking he can arrive in a helicopter. That would be cool. And that’s just a start”, he said as he pulled a lengthy, hand-written list from his pocket. “I’ve been working on this plan for weeks.”

“He can have his choice of a $5 off coupon from either Checkers or Little Caesars. Not both”, said Mike Rivers, Buccaneers Vice President of Record-Setting Souvenir Football Redemption. “That’s pretty good, considering that Cameron Brate caught touchdown 608 later in the game and by Mr. Bipscomb’s own logic, the ball he has is basically worthless.”