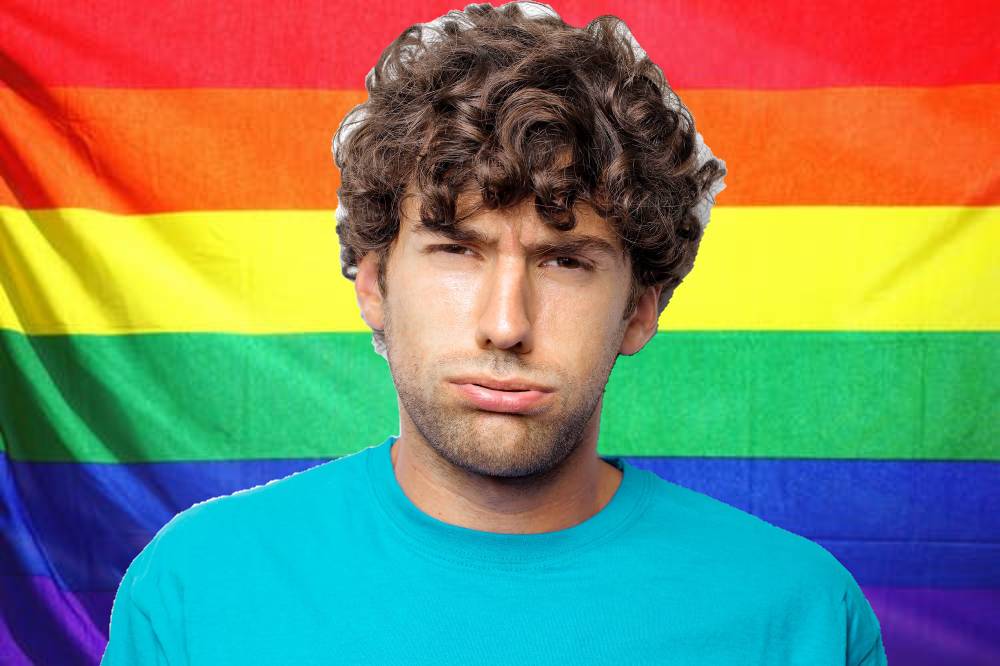 Mark Gulker of Plant City, an avowed homophobe, says he misses Pride Fest and all the accompanying celebratory functions.

“Since I can remember, I’ve had a deep hatred for gay-ass gay people and been committed to erasing them and their deviant gay-ass ways”, he says. “Now that they’re actually gone, I’m kind of sad about it.”

I pointed out to him that gay people still exist and that June is still Pride Month but that public events have been scaled back or cancelled due to quarantine restrictions and he said, “Oh, I know that. But what I always hated was them being all flamboyant and prancing around in costumes and such. Constantly jamming their lifestyle down my throat. No pun intended. I hated it so, so much! I always wondered why they couldn’t go about their business just like everybody else. Now that they’re doing exactly that, just like everybody else, it’s kinda boring.”

Gulker says the absence of high profile celebratory Pride events normally taking place during June has made him somewhat more introspective about his deep-seated hatred and that he’s now acknowledging some conflicted feelings as a result. “I have to admit, I liked seeing all the rainbow flags everywhere. That doesn’t make me a bad person. Damn it, it’s a pretty flag!” He stiffened up, glared at me menacingly and added, “Try to deny that and I’ll kick your ass in a dark parking lot behind the adult video arcade on Osborn, just west of Dale Mabry, by the airport.”

“Plus, come on. Who doesn’t love a parade?”, he asked. “I mean, maybe I have a personality disorder manifesting itself in extreme antisocial attitudes and behavior and a lack of conscience but I’m not a sociopath.”

He went on to elaborate, “I guess it’s like war; when you spend as much time   – or more – face-to-face with your enemies as you do with your allies, you develop a kind of sympathetic bond, in spite of your differences. For instance, every year I would show up in Ybor with my bullhorn and scream at them for trying to normalize activities that will send them directly to Hell, and this one little twink named Kevin would stand right in front of me and twerk, wearing nothing but lime green tennis shorts and a matching bow tie. Thank God I’m not going to have to put up with that blatant disrespect and hostility  this year.” He continued, his voice cracking, “I hope wherever he is, he’s okay. I wonder if maybe he’s missing me too.” He recovered quickly and said, “I mean, he’d better not be. Because that would be gross.”

Gulker says he hopes things return to normal soon. “All I know is that if the gay-ass gays aren’t allowed to get back to their gay-ass gay work and their twisted version of ‘regular life’, whatever that is, Halloween is going to straight suck this year. No pun intended.”