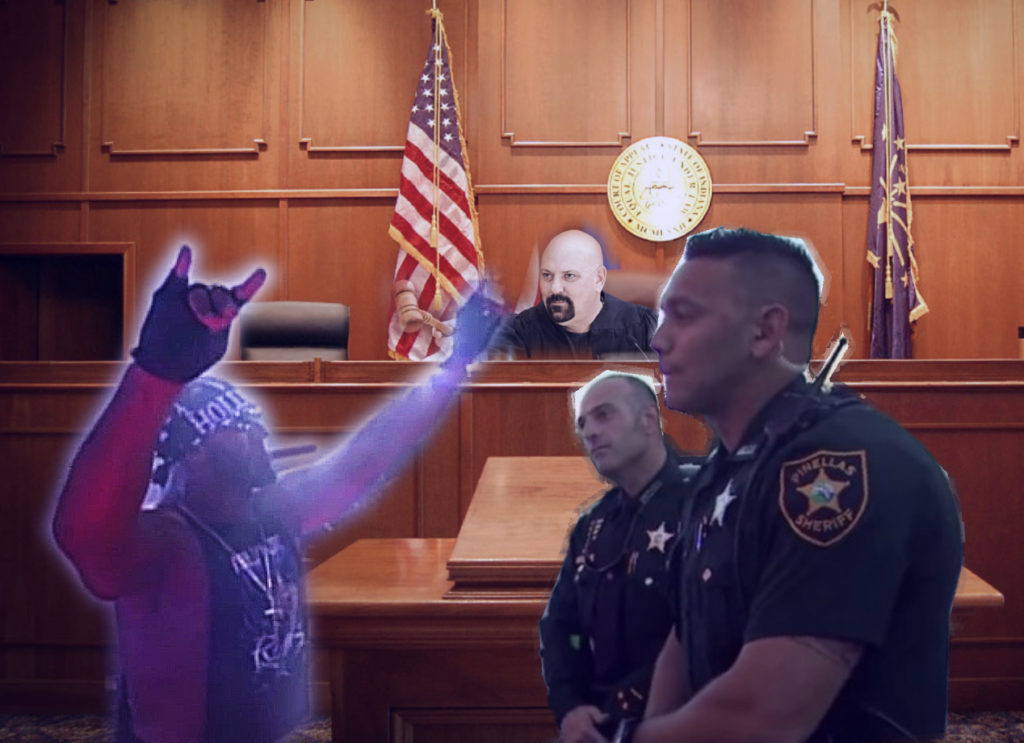 The Wolfpac was formed in 1998 by Kevin Nash, when the NWO (New World Order) group set to take control of the WCW split into 2 groups “Hollywood” and “The Wolfpac”. Even though Hogan wasn’t part of the Wolfpack he claims legal ownership of all NWO intellectual property. In recent years PCSO has branded their DUI task force as “The Wolfpac” Hogan and Nash have set aside their black and white vs. black and red feud to come together against the PCSO.

The court filings obtained by Tampa News Force have no dollar amount for royalties. The court papers just ask Pinellas County Sheriff Bob Gualtieri to settle out of court in a steel cage match live on Pay Per View. No word from Gualtieri yet if he will accept the challenge or who his tag team partner will be. PCSO has removed all steel chairs from its premises as a security measure and has officers searching the the rafters for Sting.

← This years’ Daytona 500 to be a one-shot Drag Race from Daytona to Tampa down I-4Downtown Tampa officially declared a “Ghost Town” by the National Ghost Society. →