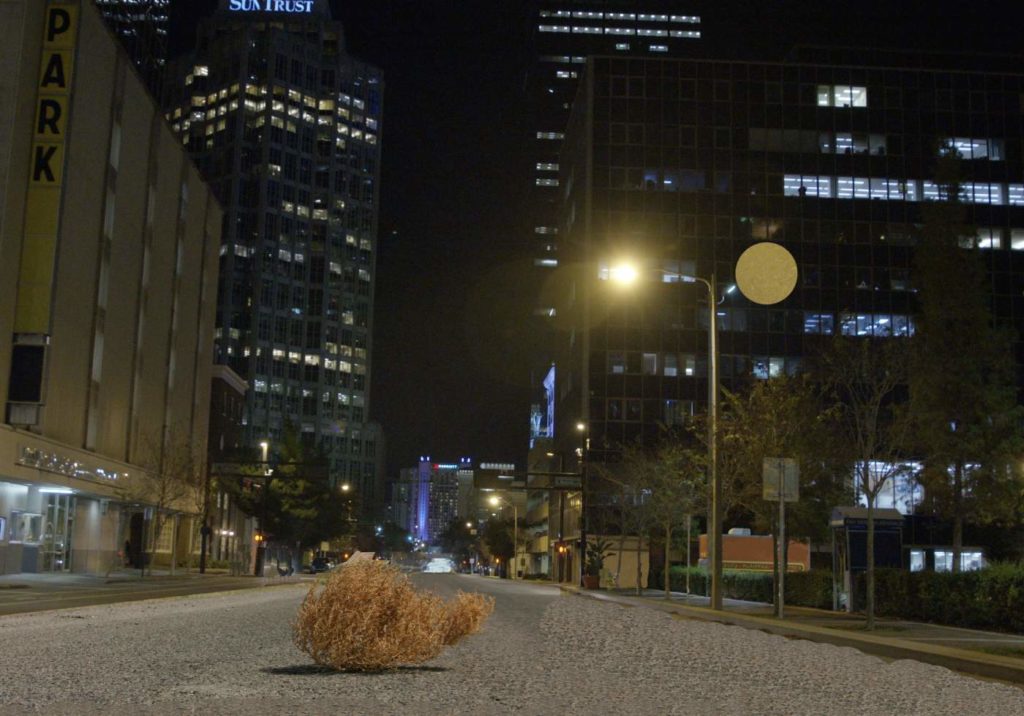 The city of Tampa has been officially declared a “Ghost Town” by the National Ghost Society.

“There’s many thriving businesses,” Says Jessica Spookington, head haunting expert with the NGS, “However if you go outside, look around, walk down the street, there’s nobody there. You can shout from the top of your lungs for hours in the middle of of Gaslight park, and not a word!” She begins to get more animated with her hands. “We’ve studied it for years, but it’s a phenomenon no one understands. Therefore the only explanation, is that it’s a town full of ghosts. A ghost town.”

“I didn’t want to believe it at first.” Says Nelly Eversnatch. “I mean, I go out all the time, and I see people at the bars! But then they leave, and you walk outside, and nobody’s there. Everyone’s gone. The streets are silent. Where did everybody go? Are they real? Am I real?” She pinches her arm hard enough to make her jerk back.

“One time we went out to dinner together,” Says Luke Parker, motioning toward his wife, as they huddle together on their 5-square-foot balcony at their urban loft.

“Everything is wonderful, foods amazing, the waitress goes to run our card, 20 minutes pass, that’s when we realize, ‘wait, we’re sitting in an abandoned building, there was no restaurant, and a child’s jukebox toy has been playing grainy, old-timey, jazz music echoing throughout the cavernous halls.’” His wife nods.

“I mean we live in a 20-story-building right downtown, I think I’ve seen 3 people ever walk in. Twice I’ve tried to meet my neighbors here, and when the door opens, it’s just my apartment, and my wife is sitting on the couch, and it’s like no matter what door I open, it’s always my same apartment, and It’s really tripping me out.” Luke’s wife nods again.

“I work in an office with 15 people, never seen any of them, not even my boss!” Says Casper. “I mean, it makes me wonder how I even got hired at this place! I continue to get emails from my coworkers telling me what to do, but I don’t know what the job is, I don’t know how much money I make.” Casper pauses. He slowly tilts his head down to realize he has no legs and he’s actually a floating milky apparition.

The city plans to continue growing structurally, however the amount of actual residents will always be a mystery, as most are not sure if anyone is real, including themselves.