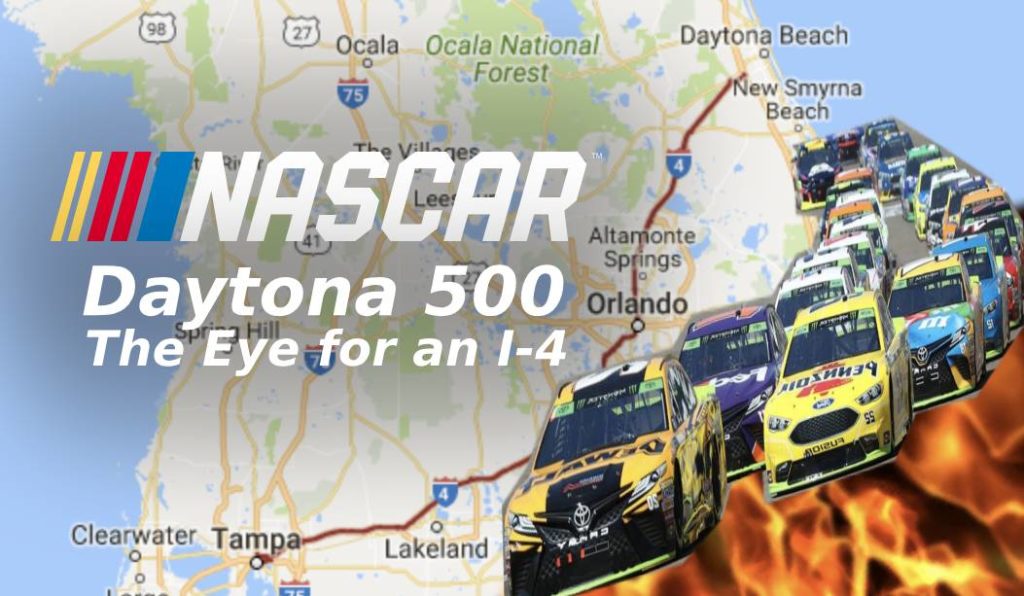 In an attempt to boost viewership, instead of the traditional 500 laps around the Daytona International Speedway, this years’ Daytona 500 will be a one-shot Drag Race from Daytona to Tampa down I-4. The stunt from NASCAR is being called “awesome” by local fans.

“Instead of driving all the way to Daytona, now millions of people will be able to enjoy the Daytona 500 in person, for free, from the comfort of their own homes!” Says NASCAR Development Executive, Speed Wheelie. “These guys will be flying down that 137-mile stretch of road going 200+ MPH, and it’s going to be loud as hell and wildly expensive” He starts doing the Gangnam style dance and galloping in place. “We love the cars, and we love our fans,” Wheelie says as he begins polishing his white cowboy hat. “And most importantly, we love America. It’s gonna be a finger-lickin’ good time, now hold my whiskey I need to take a shit.”

Gathered outside of the International Speedway a protest had formed. “Keep our boys home!” Chanted the mob.

“It’s not fair.” Says Tank Brick. “This is the reason I live in Daytona, I want to be able to drink in a kiddie pool in the middle of the infield, as engines spew fumes around me in a 360 degree fashion!” Two guys nearby begin having a cartwheel contest, one guy falls then the other tries to steal the sleeveless orange Harley Davidson shirt off his body. “This better be a one time thing!” Shouts Tank. “I don’t like them messing with my races! Oh say can you see my NASCAR race?” Tank high-fives a guy without looking.

The shutdown of I-4 for the entire day is expected to be extremely inconvenient and unorganized. “We have no idea what’s going on.” Says Lakeland Highway Patrol Officer, Glen Buck. “They haven’t given us any instructions, we don’t know who’s in the race, there’s no road blocks, we haven’t been contacted, they’re kind of just doing this despite the glaring legal and safety issues. I’ve never seen a NASCAR race in my life. And I’ve never wanted to.” Glen then catches his reflection in the side mirror of his cruiser and begins to crack a smile. “But honestly, I’m intrigued. I mean, I know these guys were into cars and racing, but this… This is bad ass. This is what I got into it for. I’ll be ready on my stretch of I-4 with my buddies, ready to flip those lights on and take flight and try my best to catch one of these guys.” He then spins chamber of his snub nose pistol, puts it to his temple, then pulls the trigger. *click* Glen breathes a deep masochistic sigh of relief, you can see the twisted joy in his face. “I’m really sick. I mean I’m a cop, what do you expect!”

The Daytona 500 drag race down I-4 is being called “The Eye for an I-4” given it’s dangerous implications and apocalyptic nature. The race will start at 3pm, so everyone will have time to set their chairs up as close to the freeway as possible. The race is expected to last around 45 minutes assuming everything goes well. NASCAR has asked fans not to interfere with the “track” while the race is going on, however as no formal security has been employed, it will be left up to the honor system.