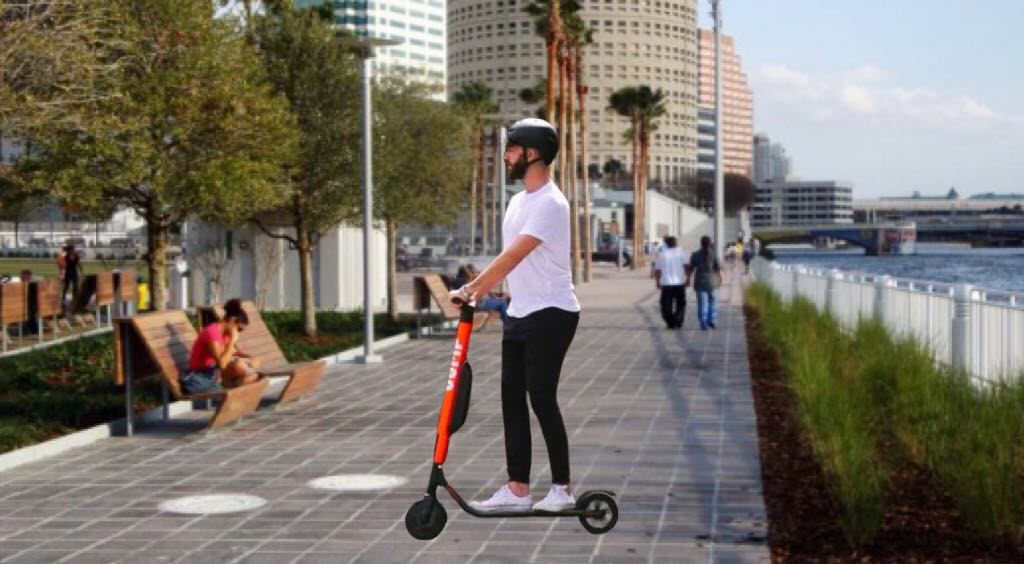 Dave Greg of Tampa regrets wasting so much time over the last year travelling all over downtown Tampa on an e-scooter.

“I’ve been seeing lots of posts on social media, with people observing how much things have changed for them over the last 12 months due to COVID. How drastically different their lives are now in terms of what they were doing then compared to what they’re doing now. I mean significant, impactful upheaval”, he said. “And then I look at my own life and things haven’t changed much at all.”

Greg said he gets up every day, usually around 11am, gets dressed, heads downtown and hops on a scooter and aimlessly rides around looking at stuff.

“Trust me, there isn’t a year’s worth of stuff to look at downtown”, he said. “Realistically, you can see everything that’s interesting at all in a few hours.”

“I know exactly when Pokey’s takes out their garbage each day. Spoiler alert; it does not happen each day.”

He said he’s always enjoyed riding the scooters for sightseeing and a cheap, affordable form of short-term transportation since they were introduced in 2019 but they became his sole focus once the pandemic forced closures of many businesses and the curtailing of events and entertainment last March.

“People say we never shut down for COVID, but we did, kind of, for a while. And it was boring as shit”, he said. “For a good three weeks, I couldn’t go anywhere but I could still go, you know? So that’s what I did. That’s all I did.”

“I guess it was kind of fun at first but then it quickly just became something to do every day. It might as well have been a job.”

He added, “I wish it was a job, because with the amount of money I spend renting them every day, I could have easily bought one by now.”

More than the money he’s spent, he said what he really regrets is the time he’s wasted.

“Money’s just money. I can always get more money. But once you’ve used up time, it’s gone forever”, he said. “I could have taken some online courses. I could have learned to cook Thai food. I could have watched documentaries on Netflix. I did nothing.”

“It’s an electric scooter; I didn’t even get any exercise out of it.”