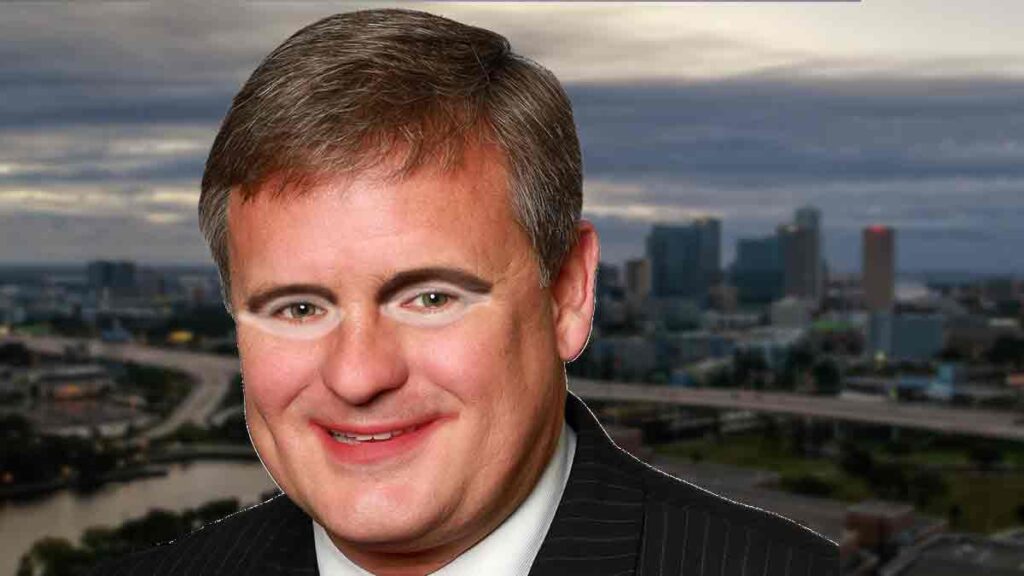 Thanks to a recent decision by the Florida Supreme Court, Tampa residents can finally stop paying the disastrously large sales tax referendum that raised half a billion dollars to improve traffic in Hillsborough County.

“While the money had been collected, we felt it was better for us to sue the 57% of voters that approved this referendum,” said Hillsborough County Commissioner, Stacy White.  “I’m a guy, and I love sitting in traffic because it’s less time I get to spend with my family or working.”

During his interview with me, a maskless Commissioner Stacy continued mentioning how he loves traffic and hates busses.

“I hate that poor people have to ride busses.  I wish poor people would buy a car, get themselves into multi-year installment plans that burden them with payments, and I want those folks to drive down the same broken roads that I am on. The roads in Hillsborough County can’t handle the exponential growth that this area has seen and raising taxes to help fix that problem is not the answer.” Commissioner Stacy then blew his nose, getting snot all over his hands.  He then wiped his hands on his expensive suit, leaving booger trails under his breast.

When asked what the answer was to help Tampa’s traffic woes, Commissioner Stacy reassured me that the referendum that voters overwhelmingly approved was illegal.

“At the end of the day, traffic is just going to get worse, and we have to live with that.” Said Commissioner Stacy, who went into a violent coughing fit before telling me it was okay because he was recently vaccinated. “Just because we collected the money, doesn’t mean we have to use it to fix roads, or provide reliable public transportation to over 100,00 seniors and disabled citizens, or improve traffic education, or install safety measures to prevent crashes and wrong way drivers.”

When asked what will happen to the money collected by the sales tax, Commissioner Stacy said, “What money?”