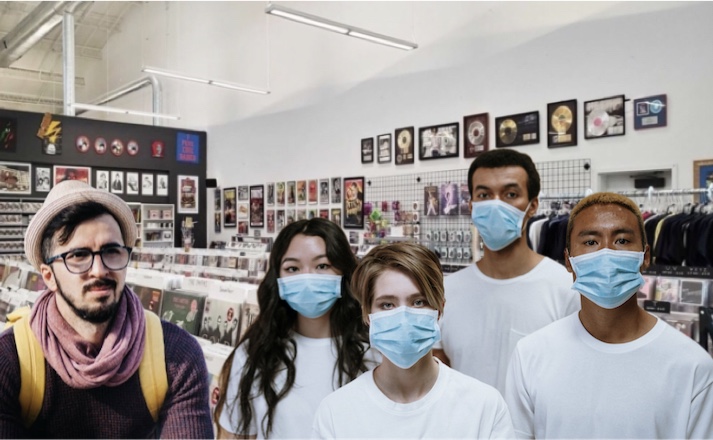 St. Petersburg’s Brandon Thifft has been diagnosed with Mononucleosis, a fact that aggravates his associates.

Mononucleosis is an infectious illness that’s usually caused by the Epstein-Barr virus. It’s also called mono or “the kissing disease.” You can get the virus through kissing as well as things like sharing drinks or silverware.

“In Brandon’s case, I guarantee he got it from constantly being an annoying tool”, says Tiffany Glashworth. “Millions of people in the world with COVID-19 but Brandon has to go out at the age of 26 and get ‘The Kissing Disease’ like a high school kid. Of course he did.”

Gavin Pfester agrees. “Yeah, this is a typical Brandon move. Just like the time he threw away all his CDs when he ‘discovered’ vinyl”, he said, emphatically displaying lots of air quotes. “He didn’t sell them, just tossed them right in the trash, declaring ‘digital music is over’ and announcing his ‘commitment to an authentic, organic, analog existence’. Such a dumbass.”

Thifft says he expects negative feedback from his peers any time he does something. “This isn’t the first time they’ve been jealous of me. I’m really well-known as a trendsetter in the scene. See this hat? It’s my favorite. Everybody started wearing these two years ago so I stopped. Now I’m wearing mine again, but ironically. As soon as people try to catch on and wear theirs as some kind of a statement, I’ll stop. That’s called style. You want to go out there and get the latest flavor-of-the-month deadly virus because everybody else is doing it? Be my guest. I’ll be over here, on the edge.”

“Yeah, some trendsetter. He’s so ahead of the curve by getting an illness I had when I was 15, nine years ago,” says Dierdre Cunningham. “Way to ‘rep the scene‘, you douche”, making even more emphatic air quotes than Pfester did. “And that hat is really, really stupid.”

Malik Tucker says, “I kind of knew something like this was coming. Brandon asked me if I could tell him how to get Sickle Cell Anemia when the Black Lives Matter movement got rolling. I told him no but I knew he’d find a way to get some non-Corona related sick.”