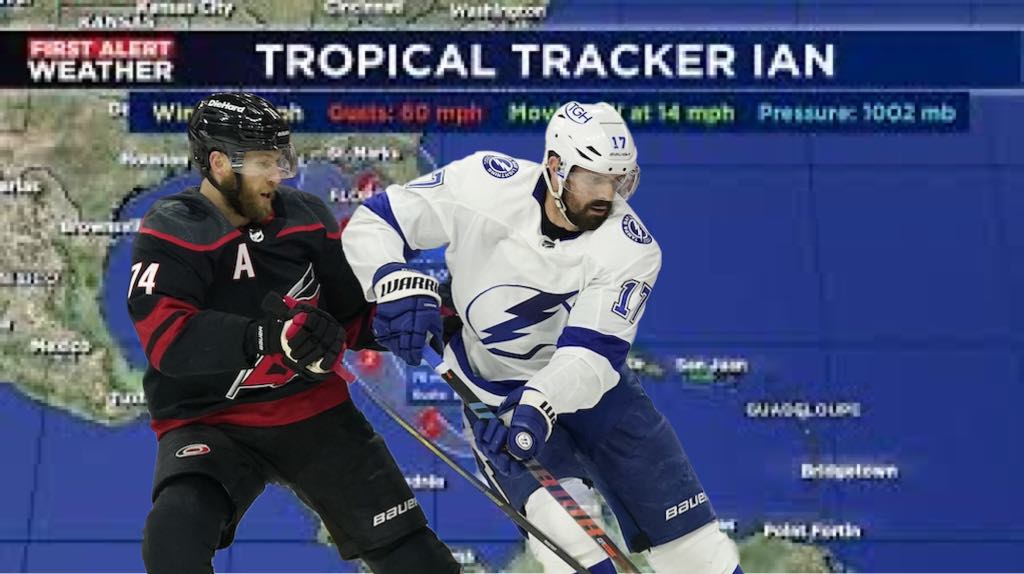 The defending NHL Eastern Conference Champion Tampa Bay Lightning are scheduled to open the 2022-23 season with an exhibition game against the Carolina Hurricanes at 7pm tonight at PNC Arena in Raleigh, North Carolina.

The two teams were supposed to meet again tomorrow at 7pm at Amalie Arena here in Tampa, but that has been officially postponed due to Hurricane Ian.

Either way, the Lightning will be facing Hurricanes over the next couple of days.

Get it? Because of the Carolina team’s name and or also the tropical storm churning in the Gulf of Mexico? They’re both ”Hurricanes”, except one is a hockey team and the other is an actual hurricane! Get it?

Oh, shut up. Comedy is hard and all the material on this site is free.