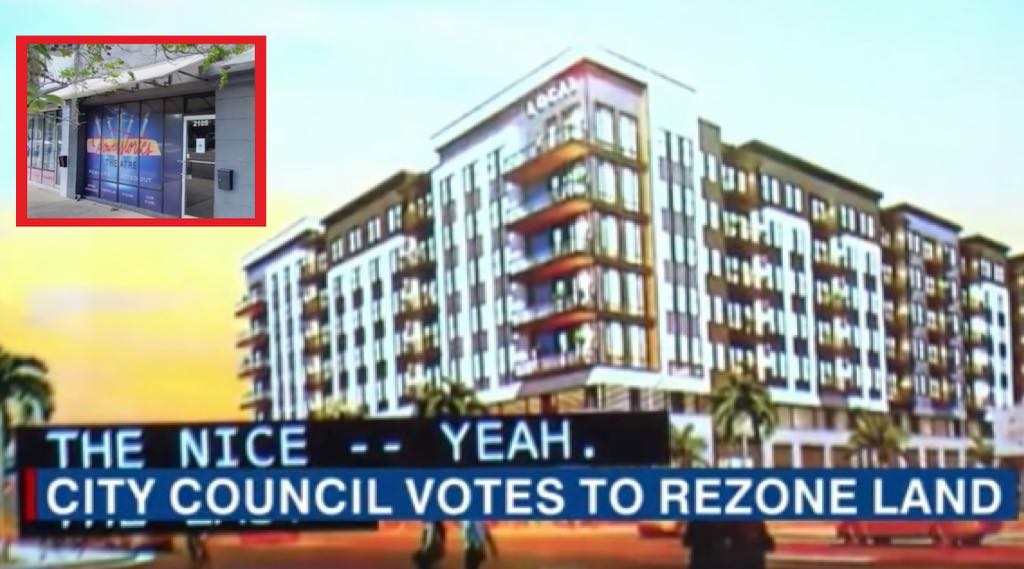 The Tampa City Council held a meeting on Thursday, September 22 during which they approved a rezoning permit that will result in a number of local small businesses along West Kennedy Boulevard closing and having their buildings demolished.

“We promise the new structure will be as utterly bland and soulless as possible,” said an unnamed spokesperson for Local Acquisitions, LLC, the company that will benefit from the rezoning by building yet another fucking townhome condo apartment complex and sounds like a name made up for a movie about a character played by Kevin Bacon fighting a corporation that wants to bulldoze a deer pond or something and definitely not the kind of company that would ever sponsor a Little League team’s uniforms. “There will be no charm or character whatsoever, which will reflect the aesthetic projected by the fat, wealthy, empty husks of former humans that we are now.”

“Flat, white or gray blank surfaces. Some windows, maybe some semi-ornamental metal gridwork. That’s about it. Just another big concrete box to store people in. If you’ve ever seen a building like this, and you have because they’re everywhere, then you know what this is,” said the spokesdrone wearing a $400 suit. “You’ll be able to look at it and say ‘I have absolutely no idea what specific region of the world I’m in at all. I could literally be anywhere and nowhere at the same time right now.’ And you’ll be right!”

“My God, just look at it! So plain! So generic! Pardon me, I seem to have something of an erection right now.”

Among the local businesses which will be expected to close or relocate, are House of Shadows, a locally owned and operated fine art gallery and Powerstories Theatre, a not-for profit performing arts space, whose mission statement lists ‘seeking, sharing and staging true stories giving special emphasis on works by and for women and girls’ among its goals.

“It’s a woman’s theatre? I didn’t realize that because the word ‘power’ is right there in the name,” said Guido Maniscalco, another City Council member who’s all about tearing these places down. “I don’t necessarily want to go on record saying, ‘well, there you go’, but that really seems to be the only appropriate response to that so, well, there you go.”

Orlando Gudes and Luis Viera are the other Tampa City Council members who voted to pull the rug out from under local merchants in order to benefit a shadowy corporation that probably considers trying to kill James Bond a form of community outreach. Bill Carlson and Charlie Miranda voted against the city taking the high hard one once again from yet another scummy real estate developer.