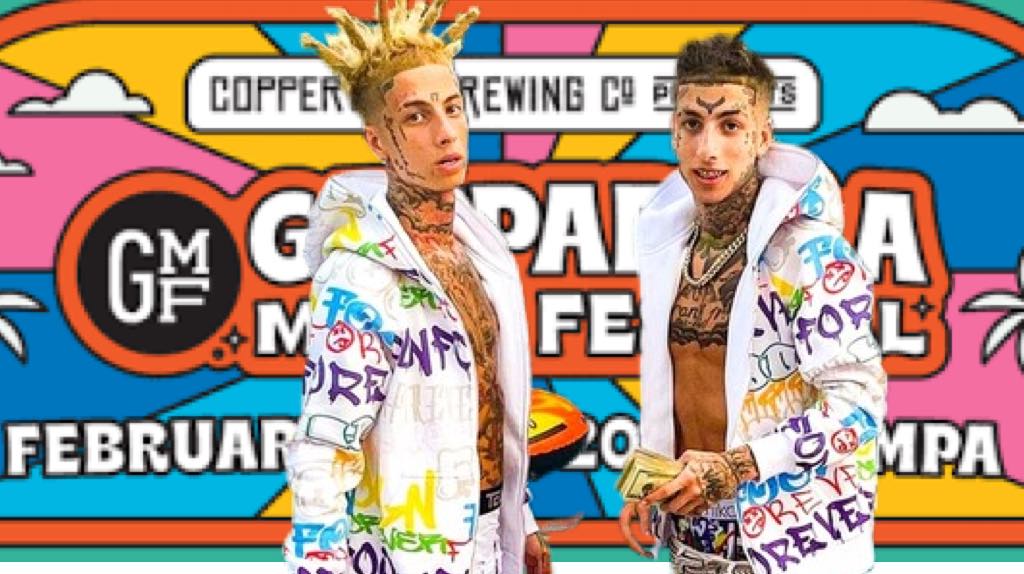 The Tik Tok Twin rappers FlyyySoulja and @KodiyakRed better known as “the Island Boys” will be closing out this years Gasparilla Music Festival.

“This is a terrible idea, and I don’t think anyone is going to be happy about it.” Said Bredd Evans, Presidents of the Gasparilla Music Festivals’ booking committee.

“It was decided without our approval by the heads of the organization, and we had no say in whether or not this would happen.” Evans testified.

The Island Boys have not released any albums and are not recognized in the music industry as established artists.

“They don’t say we’re real rappers but we’re rappers.” Said one of the Island Boys, I wasn’t sure which one, but he had purple tipped hair at the time.

“My hair is purple.” Said the other Island Boy.

“No, your hair is red.” said the first Island Boy, correcting his brother.

“Ohhh, yea my hair is red.” The other Island Boy then said, smiling and turning to looking for something.

“Yes, it is red!” I said, trying to break the tension.

They both laughed at me and then began to harmonize.

It was relatively pleasant. I enjoyed it.

The rest of the Tampa has mixed feelings about the booking.

“I don’t think we should have booked them.” Said Sheila Davis, regional manager of a Kinko’s kiosk in Brandon Mall.

“I’ve never heard of them, they look abrasive.” Davis said, shaking her head with her arms crossed.

“I’m very happy about this choice.” Interjected Davis’ 4-year-old daughter who was holding her hand.

“I love the Island Boys, I love their style, the nuance of their post-modern urban-chic clap backs. It’s just kind of stuff I can really get behind.” Continued the large infant.

“I just hope they’re good.” Chimed in a random guy who happened to be walking past the interview.

“You’re talking about the Island Boys right?” He cautiously asked.

“Yea, I’m not worried about anything but their music and the experience.” The man said, doing the “rock on” motion with his hands in devil horns.

The Twin Tik Tokkers will be paid the standard 6 million dollar fee for headlining the event, and when asked what they were going to do with the money, they both responded in unison, “Go to the Burberry store, then use our resources to act as angel investors to worthy startups that have been thoroughly vetted.”

Then they high-fived and did a little dance.

← Quiz: What kind of holiday gift are you?How to lie to Someone’s Face →